Today was my final day here in Poland before heading to Scotland for a week of relaxation (and drunken debauchery with good friends!). My plans for today revolved around taking the train to the city of Lublin, in the eastern region of Poland (I was surprised to see how far east the city truly is). The train departed shortly before 08:00 and arrived around half-past 10.

Upon arrival at the Lublin train station I set off towards the main attraction in the city: the former concentration camp of Majdanek. The camp was about an hour-long walk from the station; my path led me through a somewhat shady looking residential area that was run down, even passing by a shanty area near a stream. I made my way to a main street and soon arrived at the camp.

Majdanek is a very impressive memorial/museum and I was quite surprised by the number of tourists at the site; this area was rather out of the way and not a major tourist destination. Many of the tourists were carrying large Israeli flags; I couldn't tell if they were actually from Israel or Jews showing their solidarity with Israel. The entire complex was free of charge, which was quite nice. The first sight was a massive monument at the location of the former gates to the camp: a gigantic stone sculpture that was quite impressive. 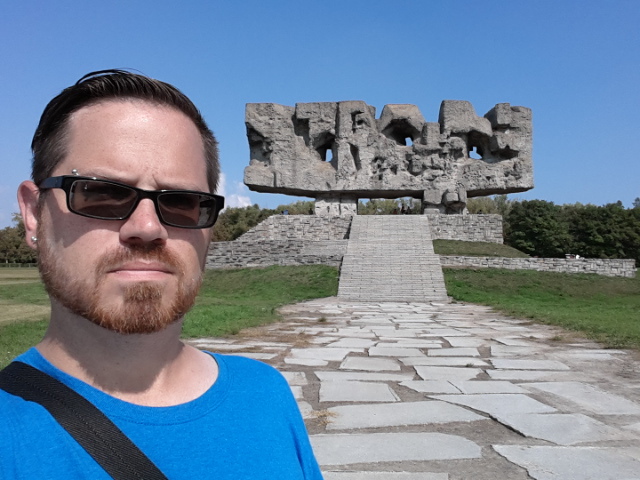 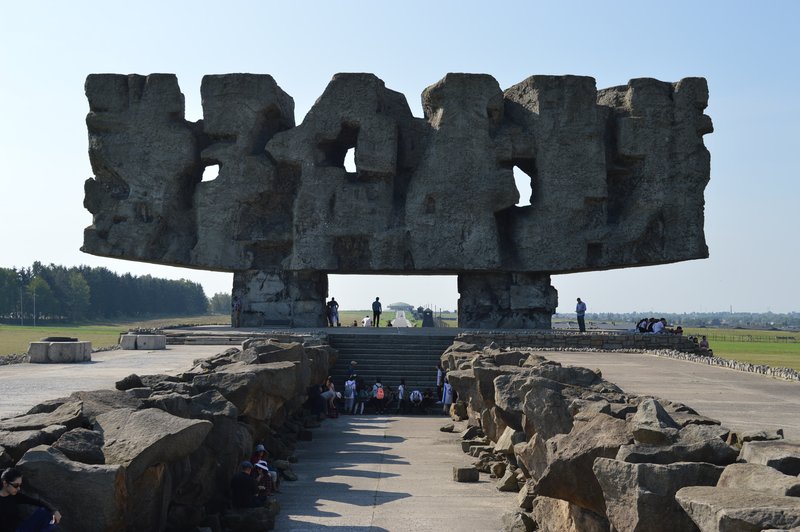 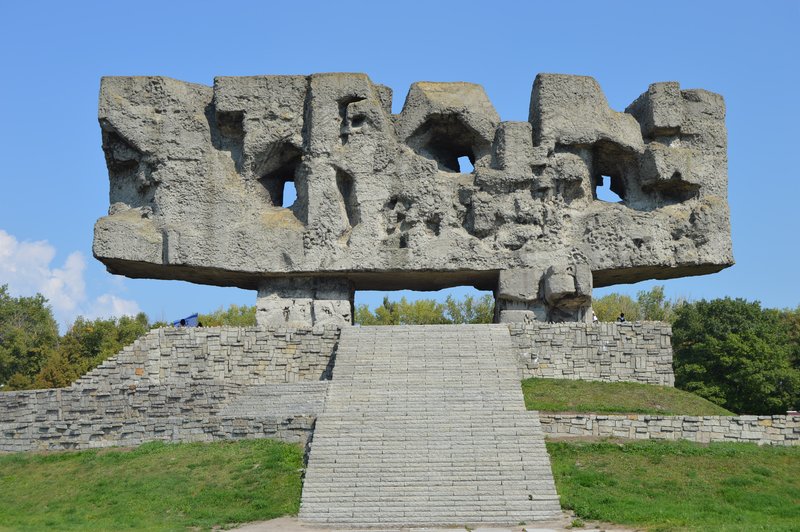 I followed the exhibit path down from the gate monument, down to the location of the old camp buildings. The first building turned out to be the gas chamber and shower facility. The building used to be separated into two different ones: the showers and then the gas chamber. Majdanek never concealed the gas chamber as a shower, so the shower room was an actual shower. The gas chamber itself was smaller than I had expected, but I could only imagine how it would appear packed with people about to be murdered. The Nazis initially used carbon-monoxide to kill the victims, before switching to the Zyklon-B gas. Interestingly, the camp guards initially used Zyklon-B to disinfect the inmates' clothing. One room housed a massive amount of old Zyklon-B gas canisters. 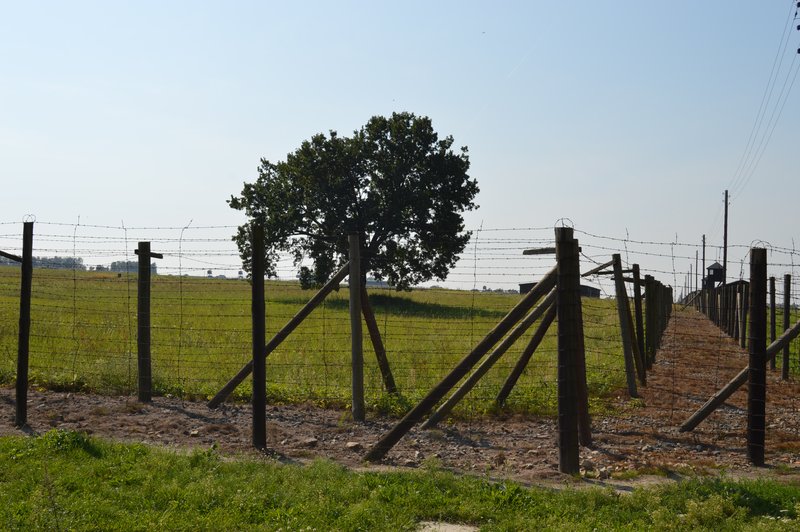 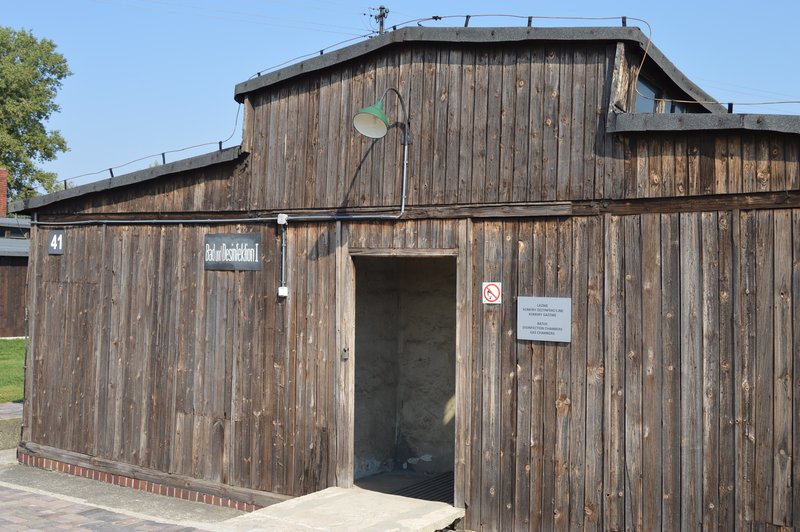 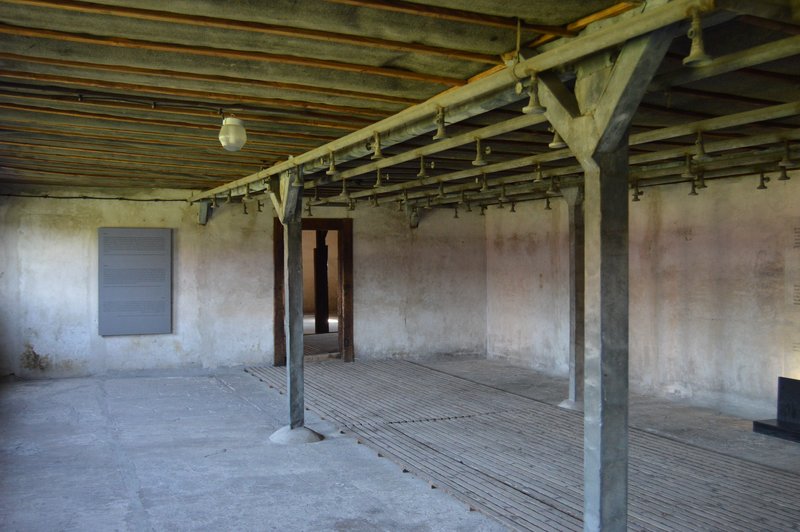 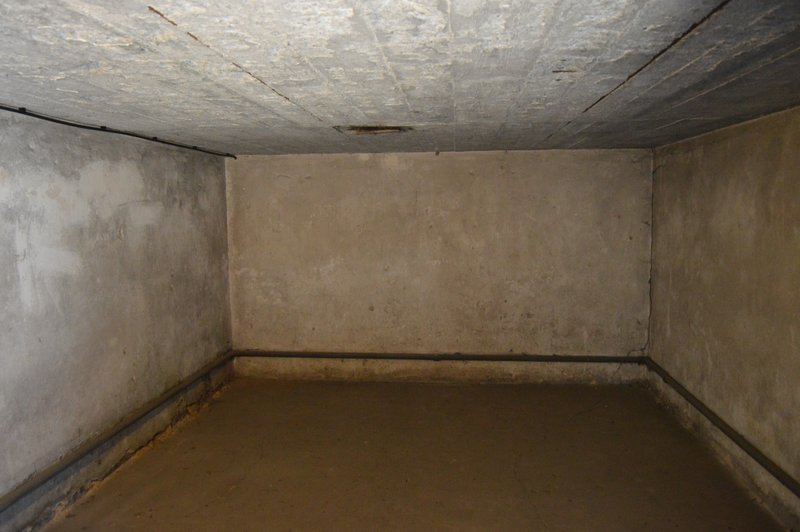 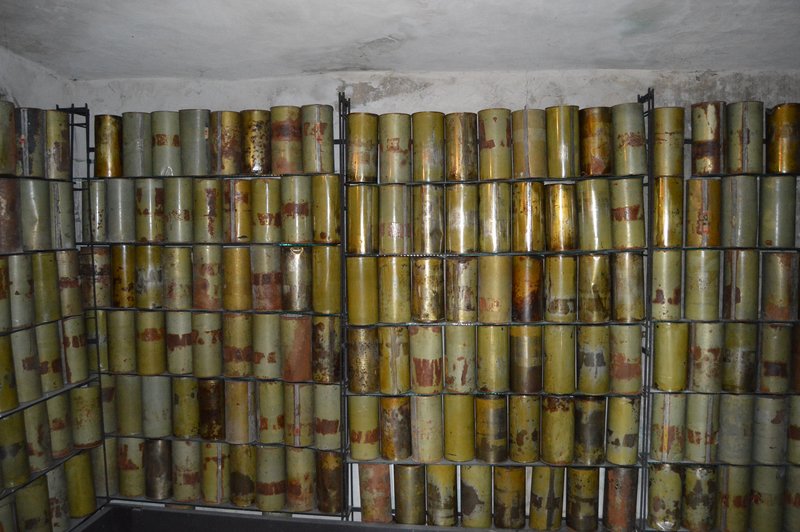 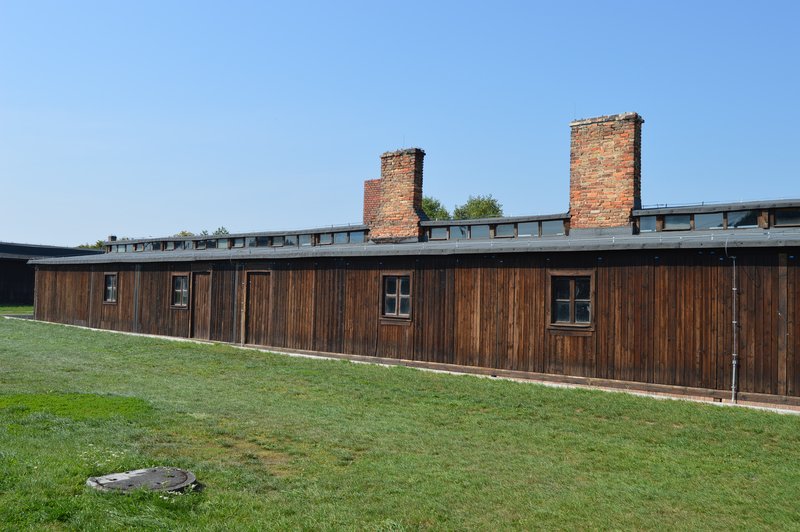 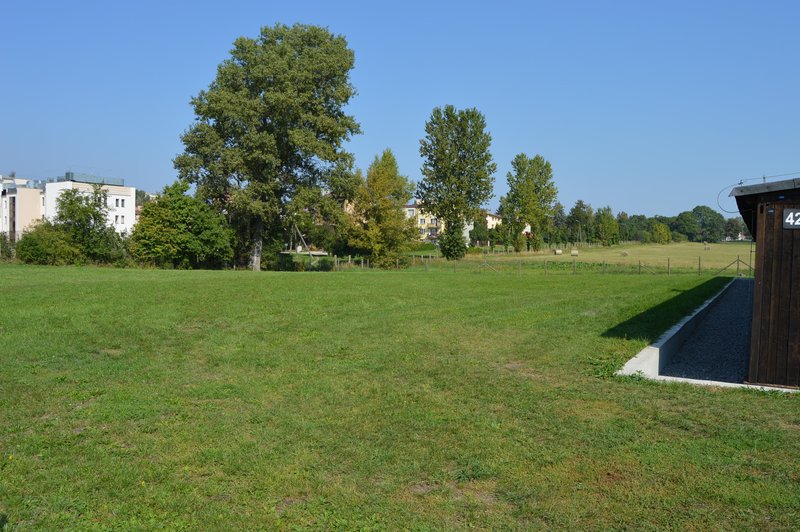 Outside of the gas chamber was the selection field, a smallish area where the new arrivals would be sorted out: those who would live would go to the showers for disinfecting; those unfit for work would go to the gas chamber. Moving up the row of buildings, some had interesting exhibits about different aspects of the Nazi occupation: life in the ghetto, liquidation of the ghettos, the Lublin occupation, etc. One building had a huge collection of shoes from the victims killed during the ghetto liquidation.

One of the most interesting (and disturbing) buildings housed a memorial to the unnamed victims of the camp. Inside was a large art installation of balls made of barbed wire; some were suspended from the ceiling with one light inside each ball, while others simply laid on the gravel flooring. Playing over speakers were voices speaking Polish. It was haunting. The room was quite dark and I did my best to capture the memorial. 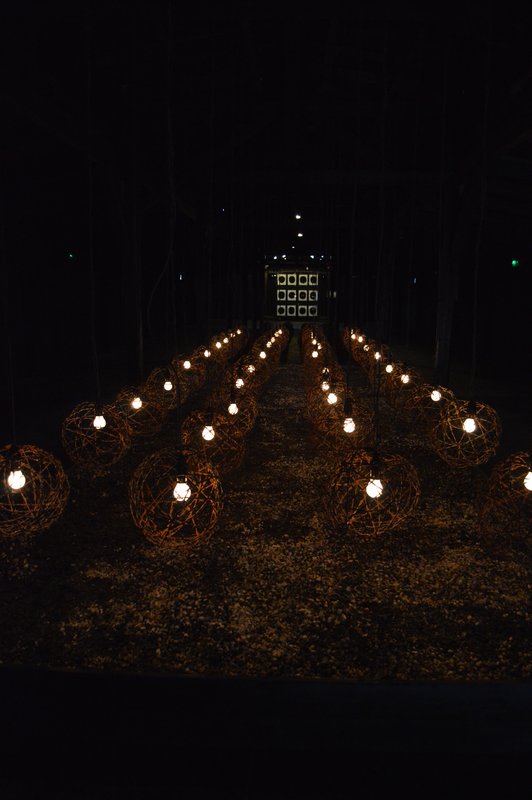 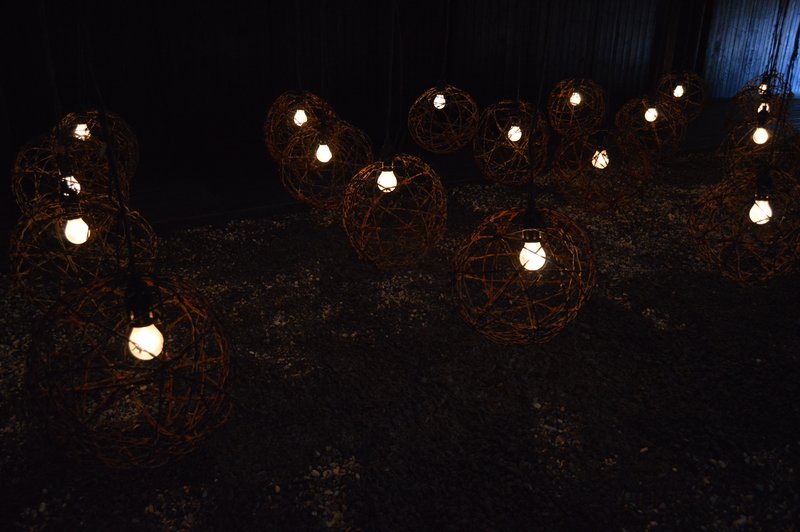 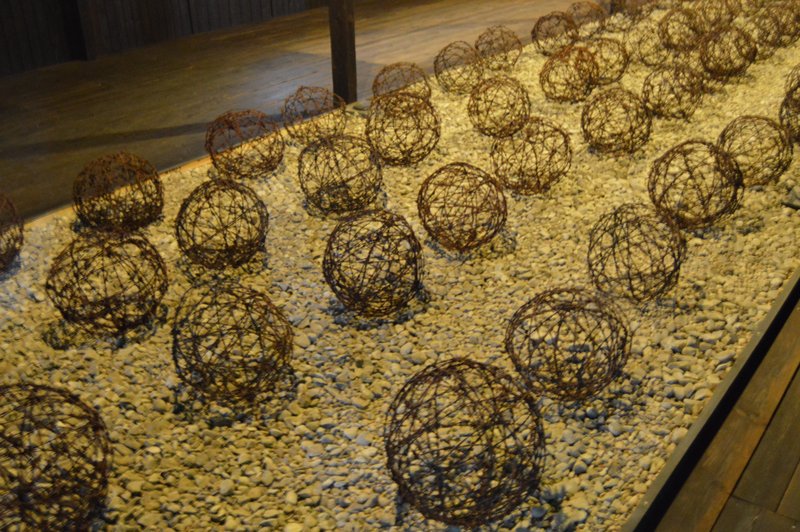 I continued to walk down the rows of buildings; one the left side sat the double fence of barbed wire and the now empty fields where the old inmate blocks used to stand. One field had several recreations of the block housing and it was shocking. All of the buildings, including those with exhibits, all resembled small barns: no windows, dark, and very stuffy inside them. 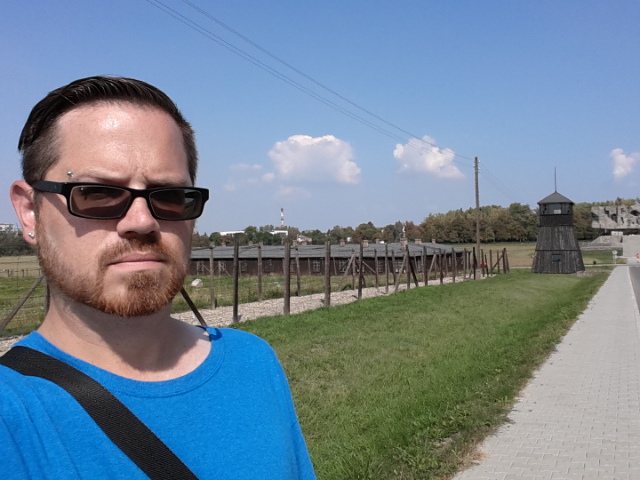 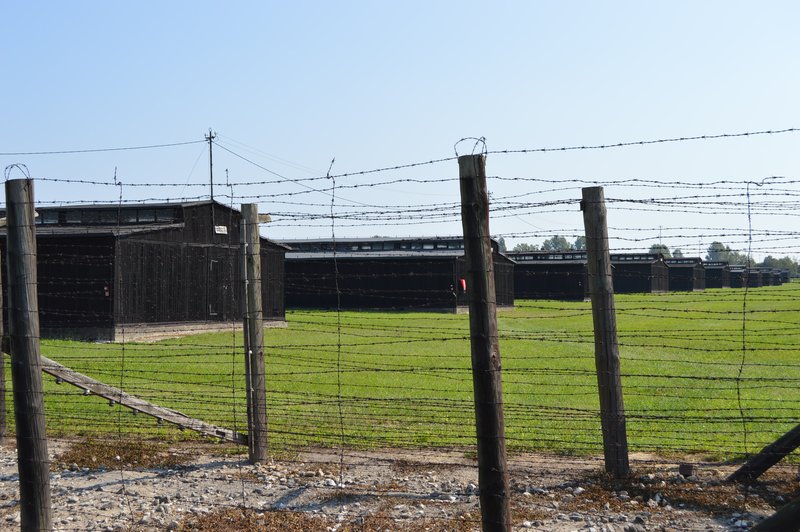 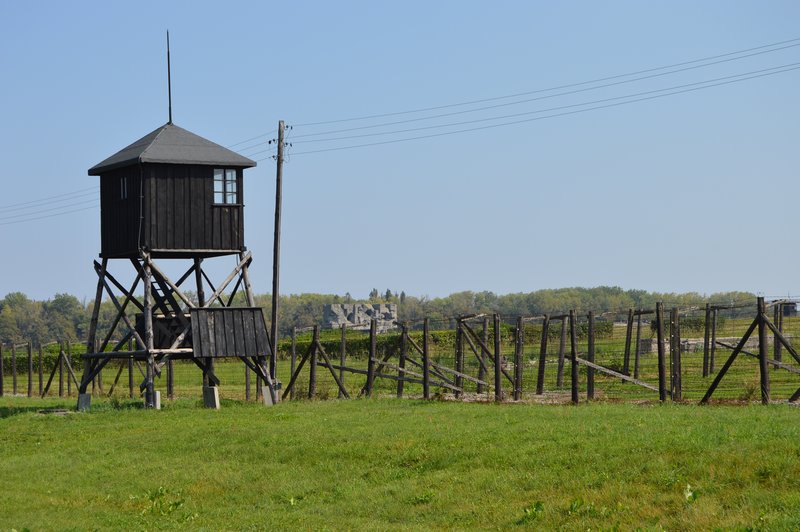 I finally reached the other end of the camp (a walk that took about 30-40 minutes) and saw the crematorium, the location of which was quite surprising. The gas chamber and the crematorium were on complete opposite sides of the camp from one another; the bodies from the gas chamber would thus have to be openly transported to the crematorium. The other camps that I had visited combined both functions into one building complex. The crematorium was one of the largest that I've seen, with a large collection of ovens. Adjacent to the oven room were the rooms where inmates would thoroughly search the bodies for any valuables. 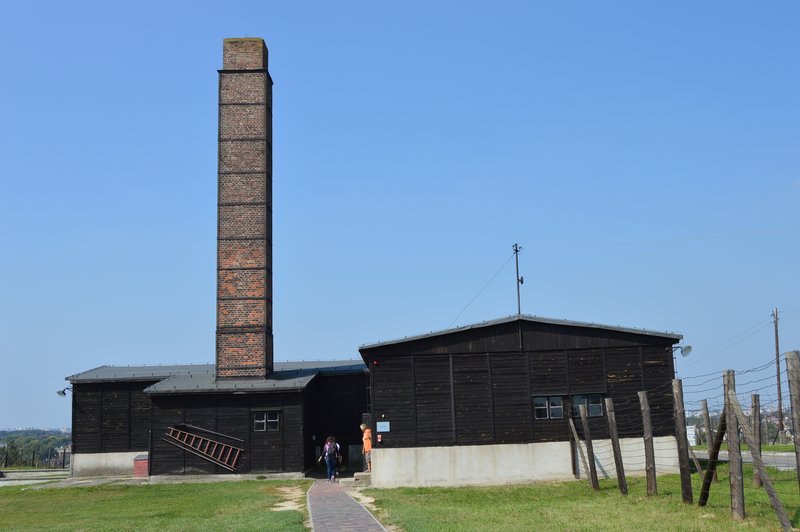 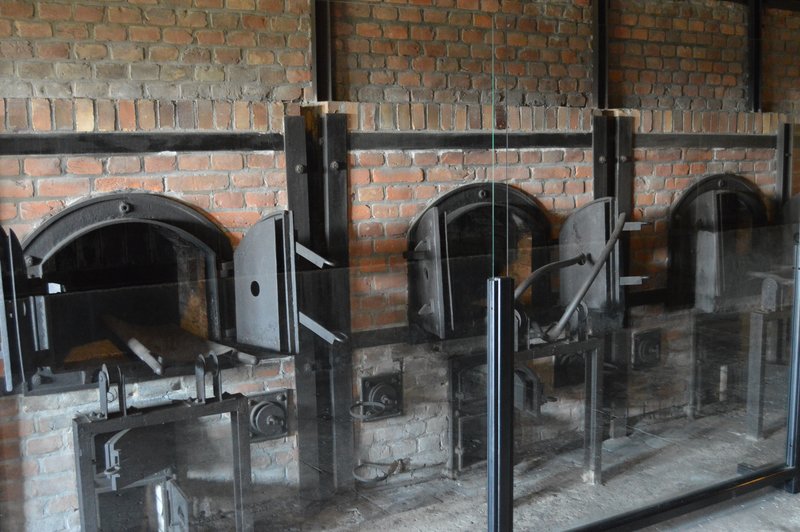 Outside the crematorium was one of the most amazing and powerful memorials that I've seen at a concentration camp: a massive mausoleum for the victims of the camp. It was a large circular structure with a domed roof; there was a small open section on the terrace where visitors could look inside... which was filled with soil that was mixed with the ashes of the camp's victims. The ashes had been buried by the Nazis; when the mausoleum was erected, the soil was turned up and preserved. 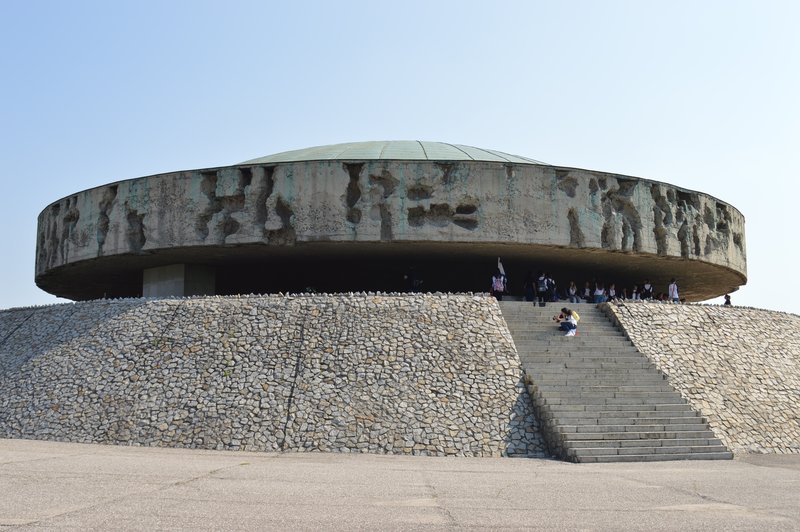 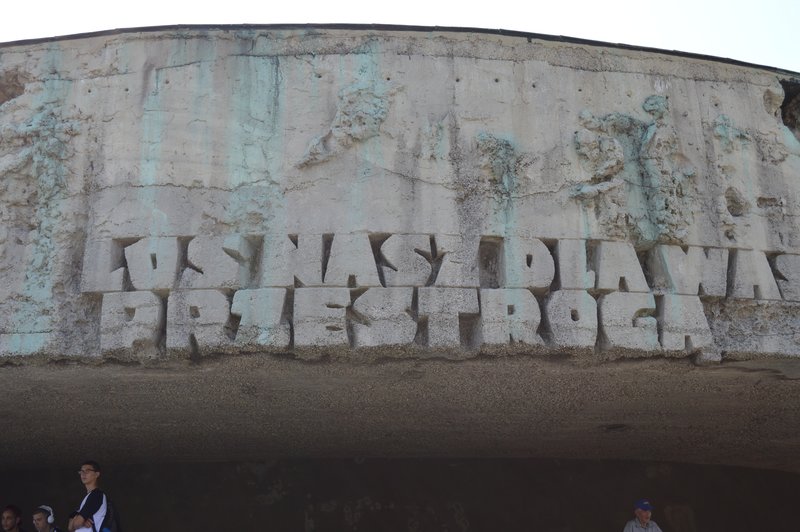 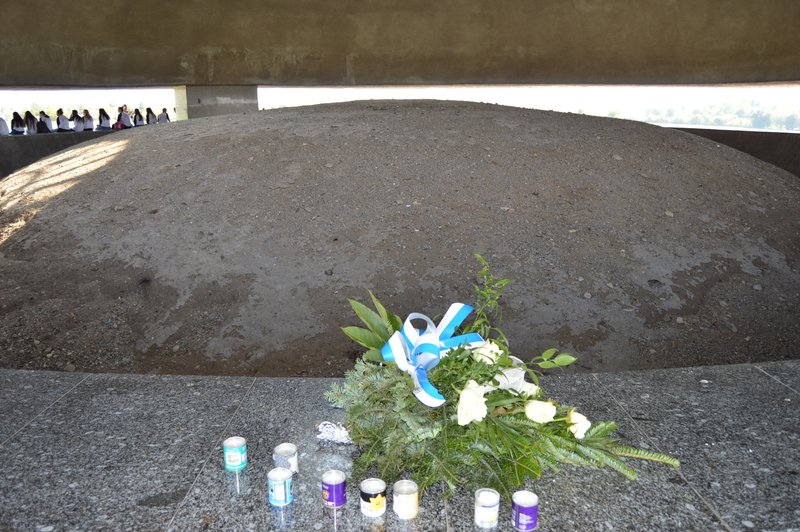 I walked toward the old town area of town, which was just over an hour's walk away. The heat was quite intense and I stopped in a local grocery store to buy a bottled water and a Popsicle, which gave me some much needed energy. When I reached the old town area, I walked around and admired many of the old European buildings. There was some sort of festival going on, with food stalls lining the main pedestrian street. I walked over to the Lublin Castle, which was formerly used as a prison. 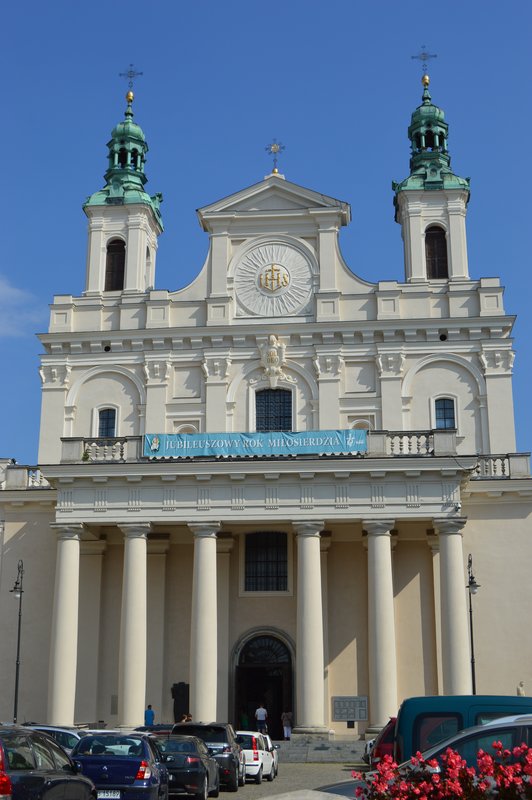 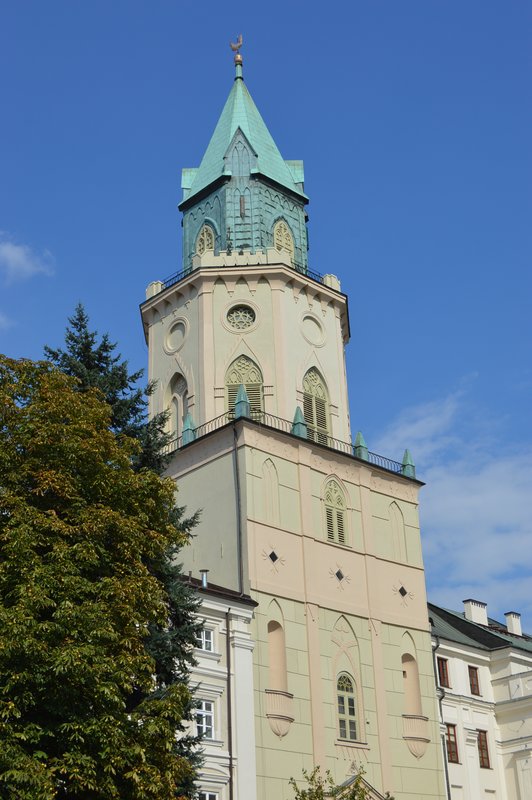 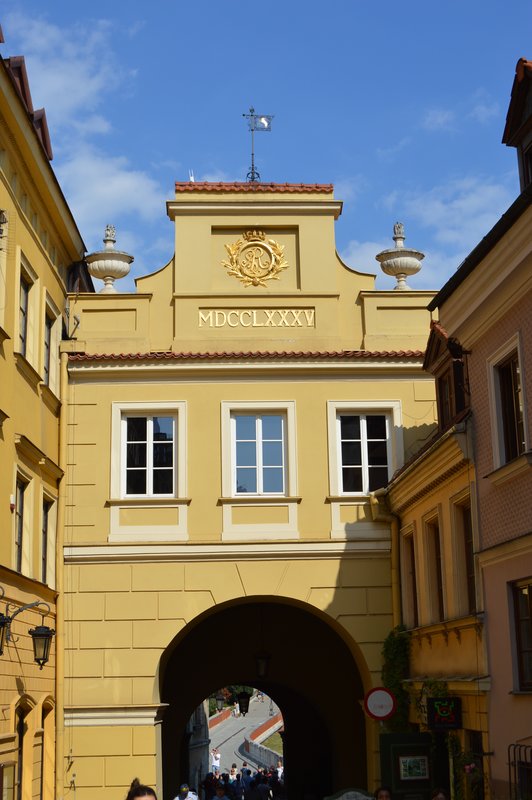 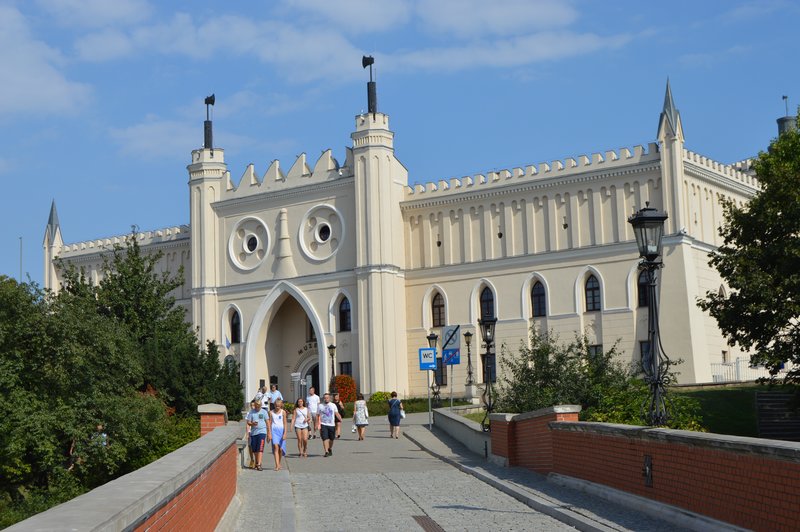 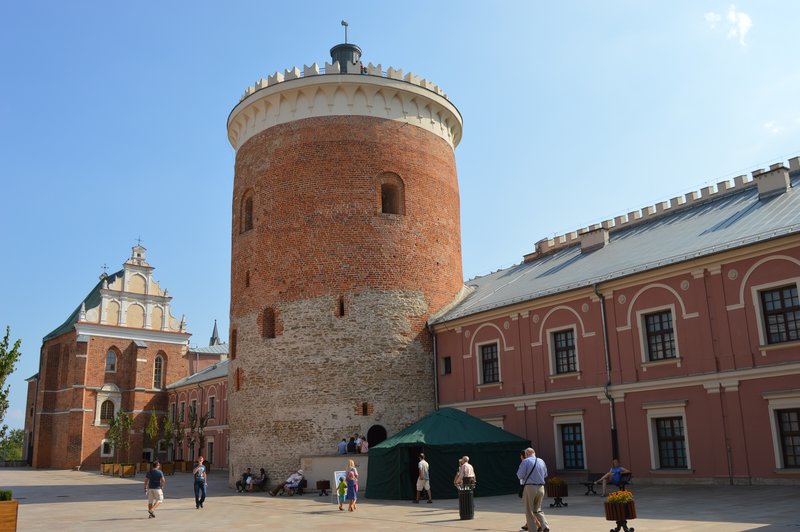 I stopped at an Irish-style pub for lunch, where I had some traditional Polish dumplings. The meal was... disappointing, sadly. I'd seen this dish advertised in several restaurants all over Poland and finally decided to give them a try. This version was quite bland and tasteless; adding salt and pepper didn't really help either. 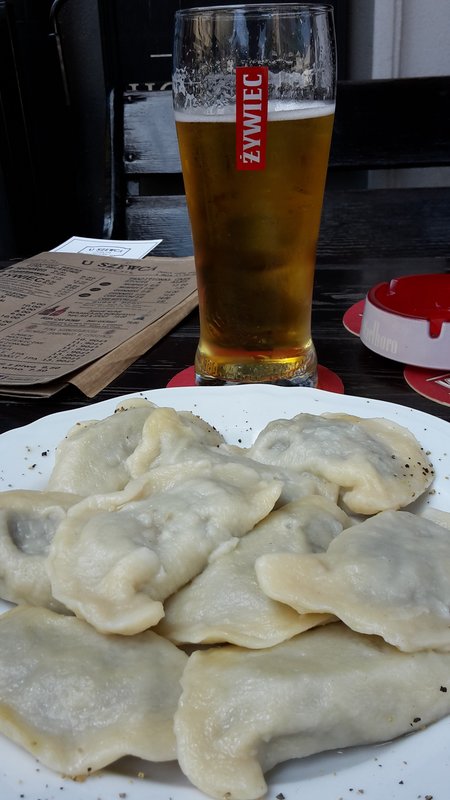 After lunch I started making my way over to a square that had a Holocaust memorial, but found the area under construction and thus I could not access the square. I turned back toward the train station, hoping to make the earlier train back to Warsaw (my original ticket was for 18:00, but the earlier train left at 16:00). I arrived back at the train station and just missed the earlier train. Thankfully there was a small cafe in the station where I enjoyed a mango smoothie and spent the next couple of hours relaxing. The train arrived in the station quite early, allowing me to board the train about 40 minutes early so I could rest and relax.

The train back to Warsaw was quite unpleasant. There was a mother with two young kids sitting in the same car as me; one of the kids was quite well behaved, but the little girl was absolutely awful. She was around three and never shut up during the entire 2.5 hour journey; I'd truly hoped she would fall asleep. She would jump around on her seat, stand on the table between seats, and would scream/screech at the top of her lungs repeatedly - all with the mother doing nothing to stop her. The mother didn't try to quiet her, talk to her about using an "inside voice" or anything; she just sat there. Bitch. The girl would also start throwing a tantrum for no discernible reason; she'd sit in a seat and start screaming and toddler crying (just to get attention); again the mother did nothing. Everyone in the car was quite put out with them.

One of the perks of working remotely is that it makes these long train trips (or flights or layovers) seem like nothing; the time speeds by, thankfully.

Posted by Glichez 12:11 Archived in Poland