Road Tripping in Estonia and Latvia

Today was a very full day as I made my way from Tallinn, Estonia to Riga, Latvia. There are several buses and trains that travel between the two cities, but I found a guided shuttle tour that makes several stops along the way; the entire tour lasts about 12 hours.

The morning was another gray and cloudy one, but there was no rain as I made my way back into the city center with my luggage. I was quite surprised by the number of people who were going on this tour; there were 16 of us in total and we were split into two groups of 8. Thankfully I ended up with the group of younger people (20s and 30s); thankfully the older crowd grouped up together. In my group was a couple from London (Tom and Jenny); a couple from the States, but who live in London (Albert and... I forget her name); a guy from Germany (Felix); and a mother and son from Dublin (I forget their names). Albert is from Seattle as well and he went to school at Duke, though he enjoyed NC and the South.

After a 2-hour drive, we made our first stop in the charming village of Viljandi, where we got to explore the ruins of an old castle. The ruins were nestled in a forest area with a river running behind it. It was really nice to get to explore the area. I was amazed that the ruins were sitting out in the open, no efforts to maintain their integrity, no barriers to prevent people from climbing all over them; this would hold true for all ruins in Estonia and Latvia that we saw. 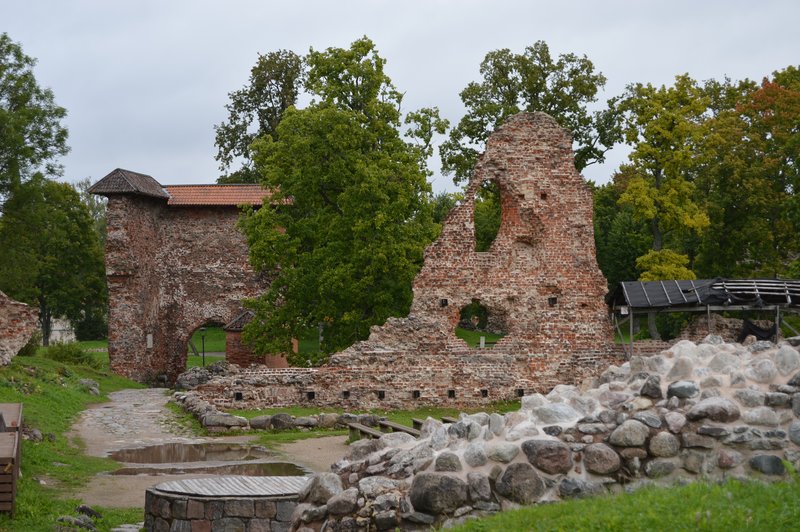 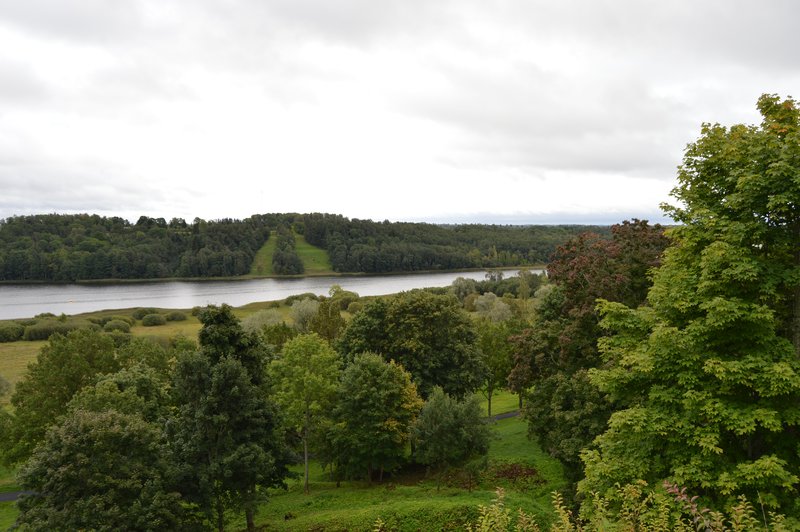 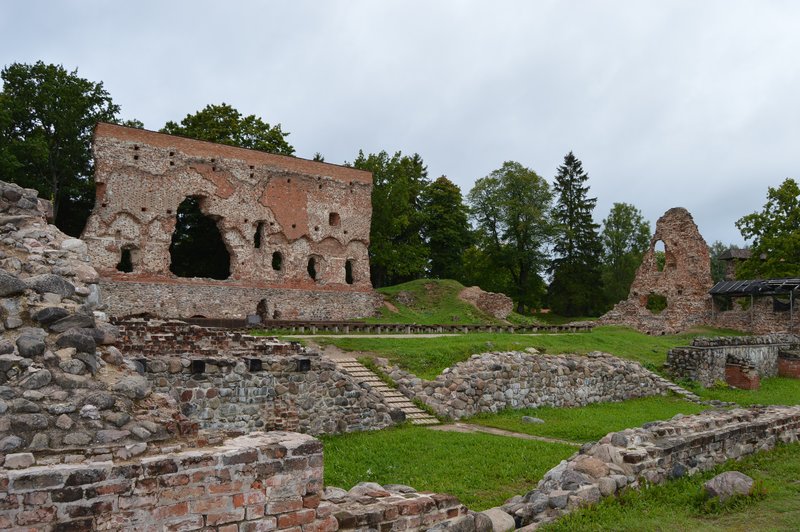 Our second stop was only about 40 minutes away in the town of Helme. We saw some more stone ruins here as well before making our way down to an old limestone cave. The "cave" was really just a large hallowed out area with another room next to it; there was a smaller tunnel that led deeper into the cave (one would have to crawl on all 4s to go through the tunnel). The cave used to extended far deeper, but large sections have collapsed. 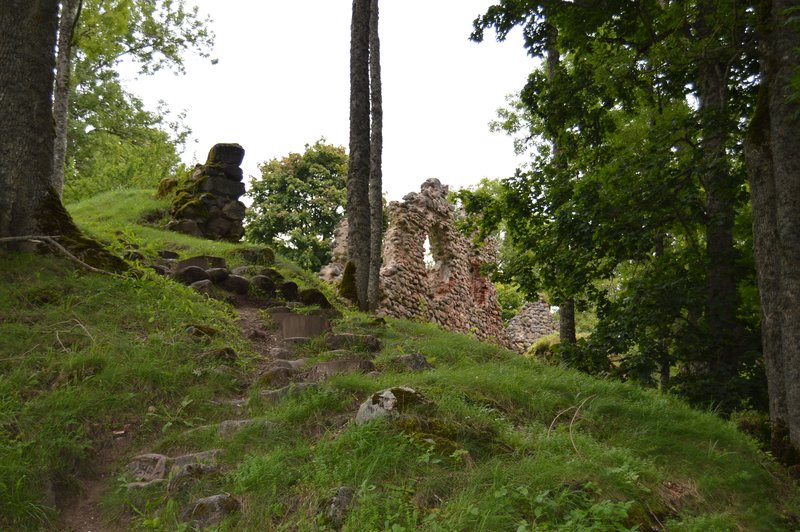 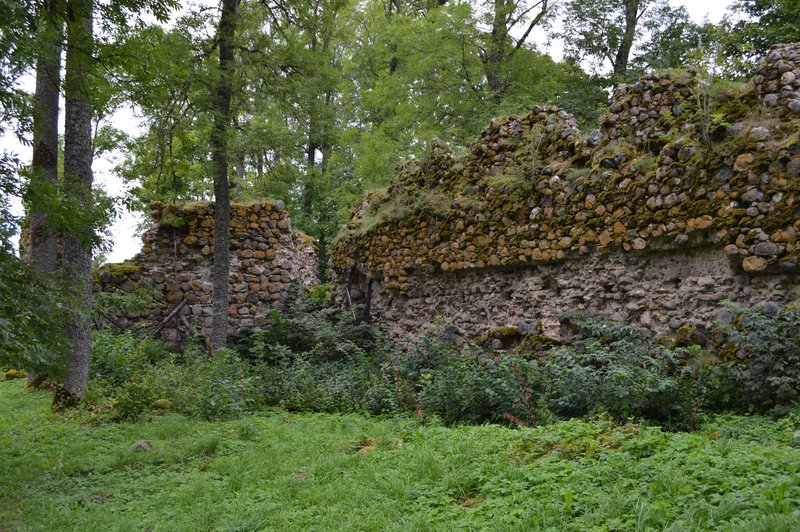 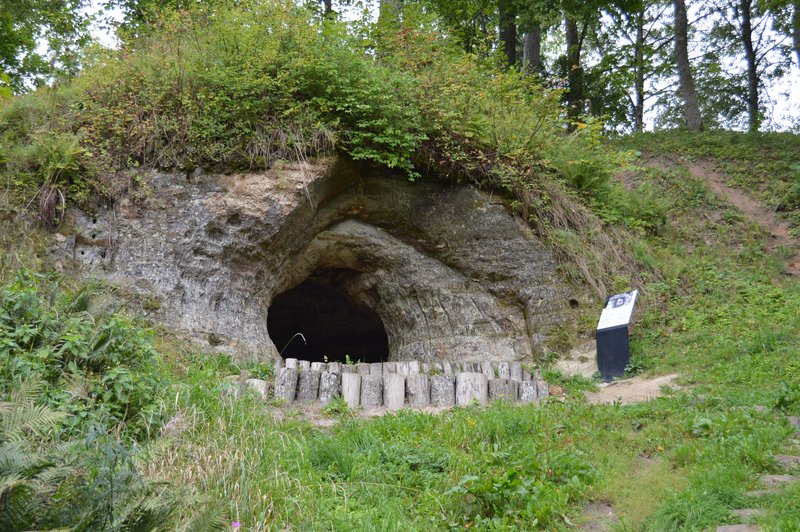 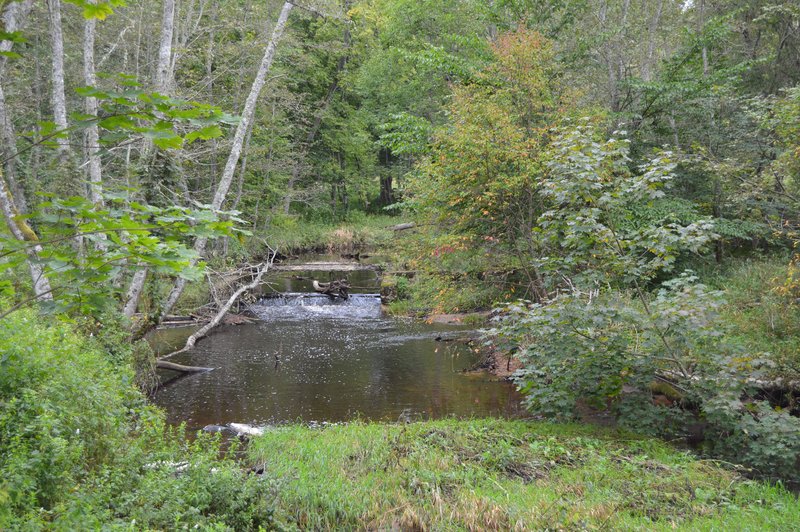 Our final stop in Estonia was at a bizarre museum in Valga that focused on the military of the Soviet era. On display were several uniforms, guns, and various adds and ends. It was a small museum and we walked through it in about ten minutes before heading outside, where there were several old military vehicles on display (army trucks, small tanks, a helicopter). Our guide mentioned that some people rent out the space for weddings, which surprised us all. The highlight of the museum was a recreation of a forest hideout that was used after the Second World War by the Estonians who fought against the Soviets. It was a wooden bunker buried underground with some bunk-beds, which the museum lets people rent out and stay overnight in!

We stopped at a local restaurant for lunch as well. I had a delicious roast duck with cabbage with a local beer; for dessert I had white chocolate creme brulee. By this point it was 15:30 and the food gave us all some much needed energy. After lunch we crossed the border into Latvia (the town of Valga is on the border).

Up first in Latvia was Sietiniezis, where we got to explore some spectacular limestone cliffs. We drove into the national park, which was very beautiful: trees and greenery surrounded us. We had to hike a bit into the park to reach the cliffs, avoiding the large puddles of water and patches of thick mud (the rain had come and go throughout the day, but somehow we were lucky enough to avoid the rain at each of our stops). The path led us up and down along the cliffs, which people had carved their names into. Another interesting feature of the cliffs are numerous small holes burrowed into them by bees: the bees burrow in, leave their nectar and then leave; often wasps come in and start living in the holes. 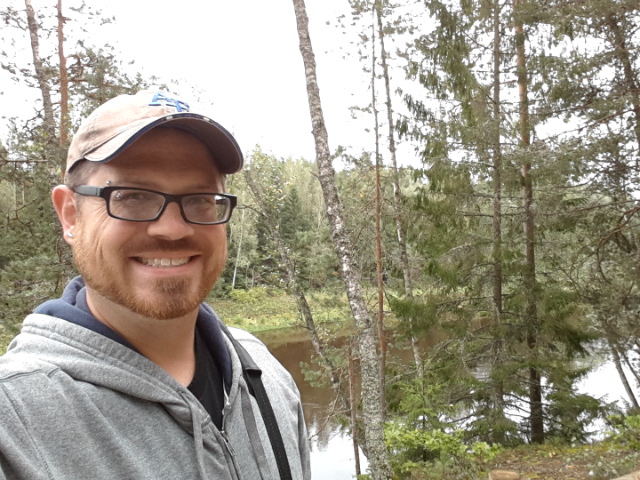 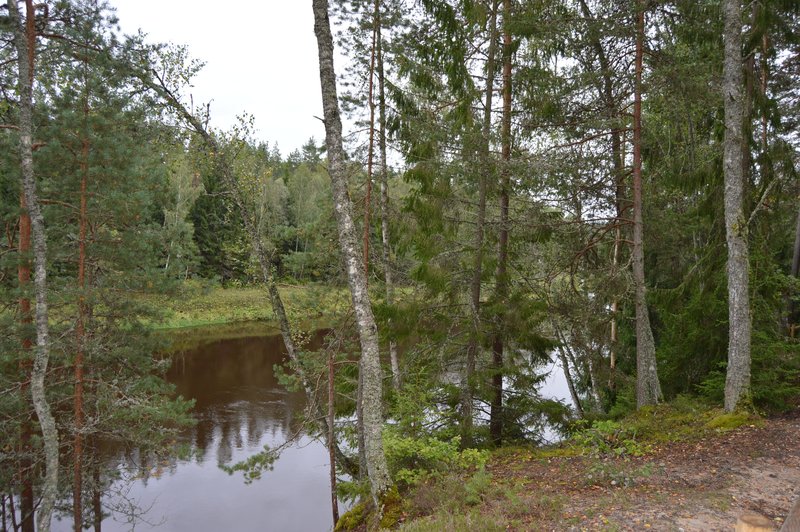 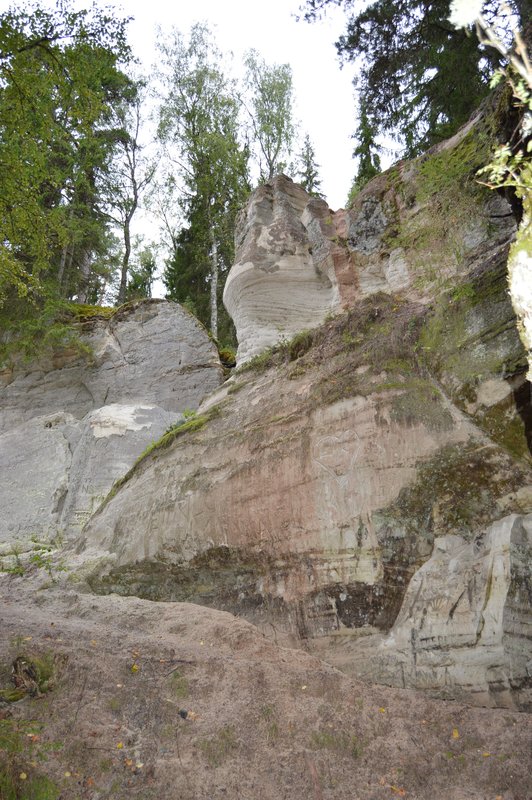 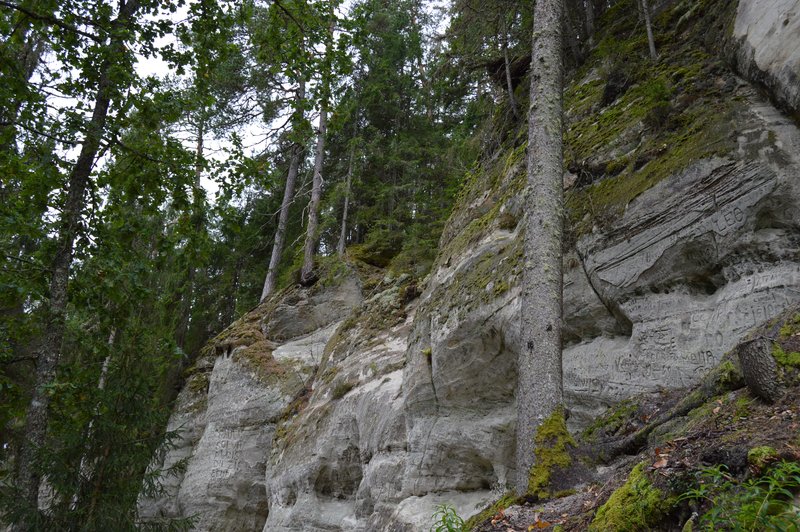 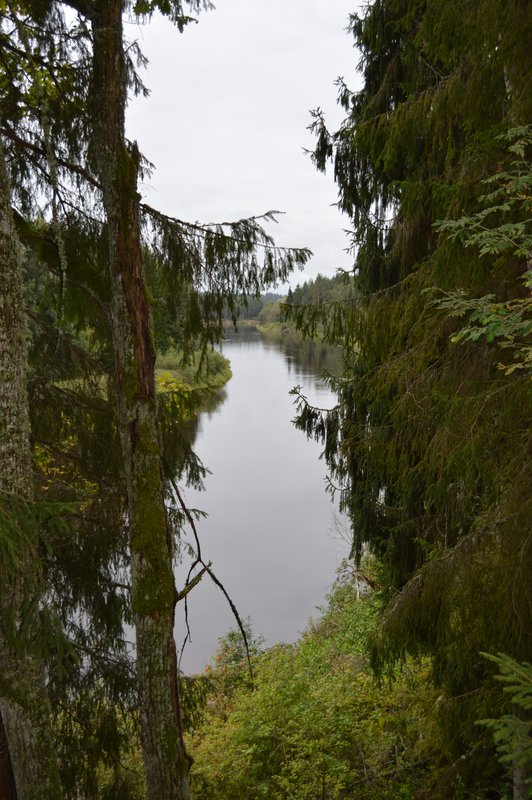 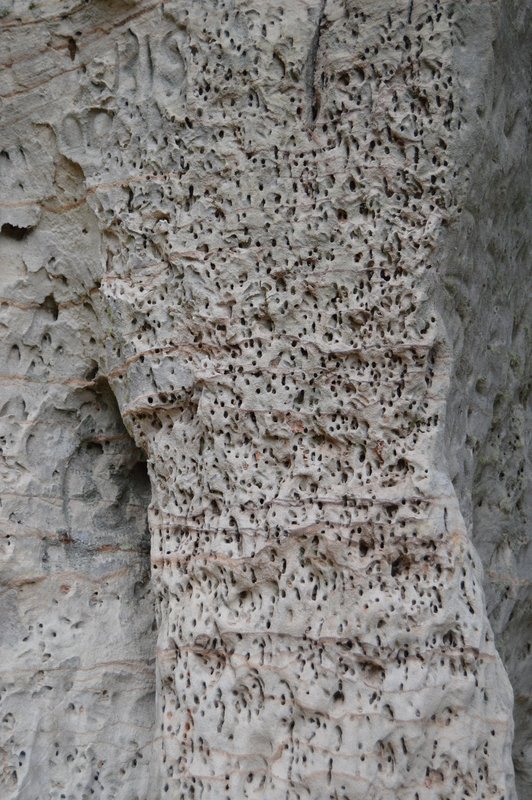 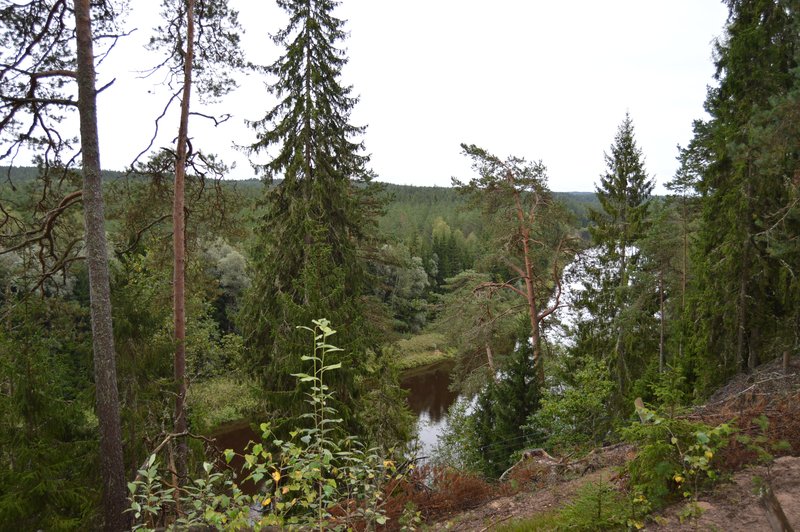 Another 20 minute drive and we stopped in the town of Cesis. This town was very quiet and seemed almost abandoned as we didn't really see many people. There was a very nice manor house nestled in among some castle ruins. This castle, like the others, was destroyed and abandoned during the Great Northern War between Imperial Russia and Sweden in the early 1700s. 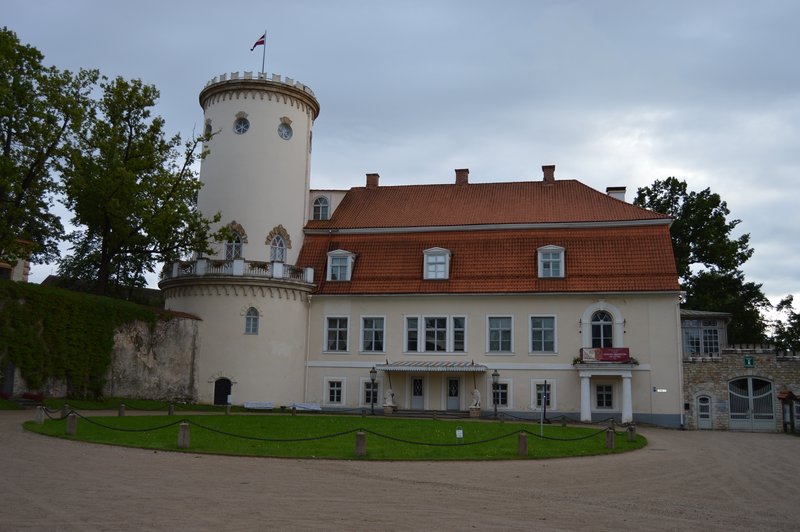 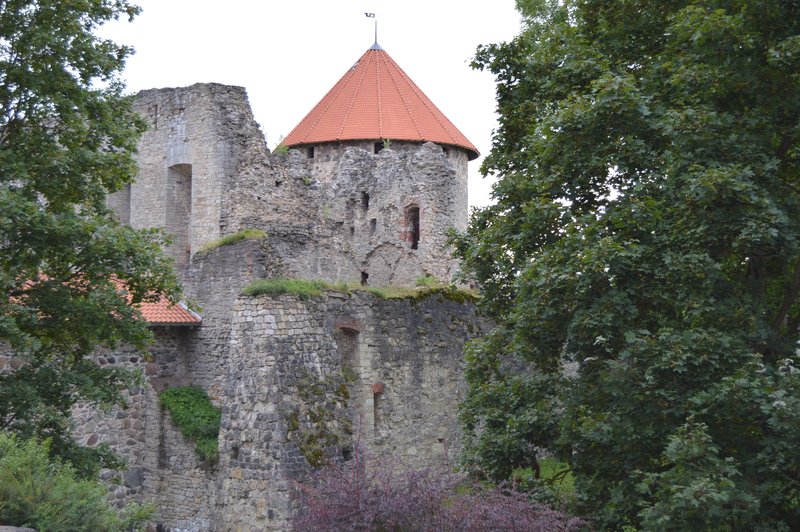 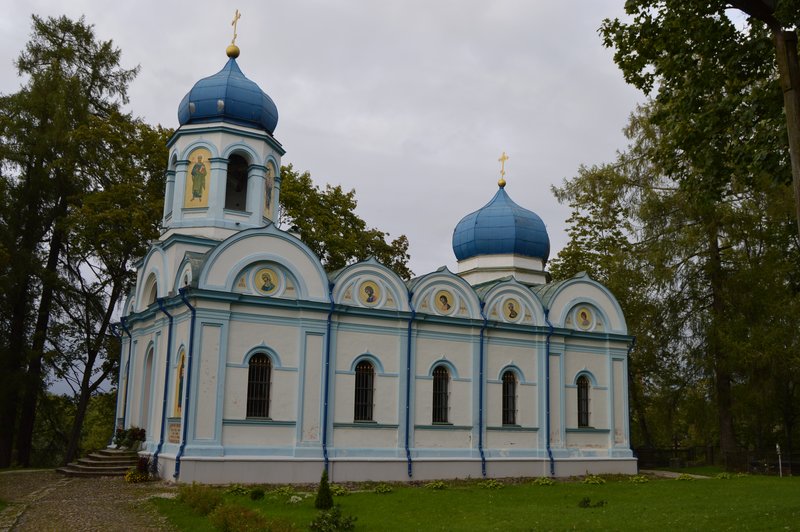 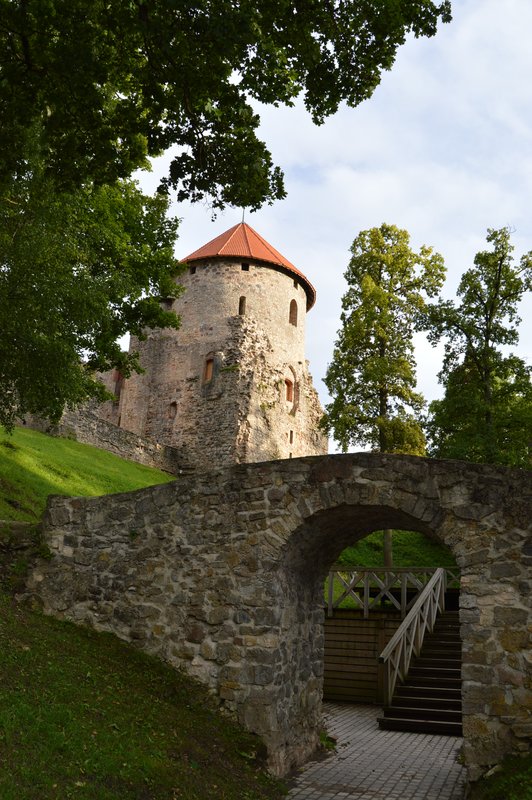 The sixth and final stop was at the bobsled track in Sigulda. The track itself is a replica of the track that was built for the 1984 Winter Olympics in Sarajevo; the track is still used and the Russian team even uses it for training. During the summer months, tourists can ride a sled on wheels; during the summer one can ride and actual bobsled. We went to the top level, where the men's teams start from, and then walked down on the track itself. It sounds silly, but we were all blown away by getting to see something like this up close - and especially getting to go out and walk on the track itself (and not the path running along the track). 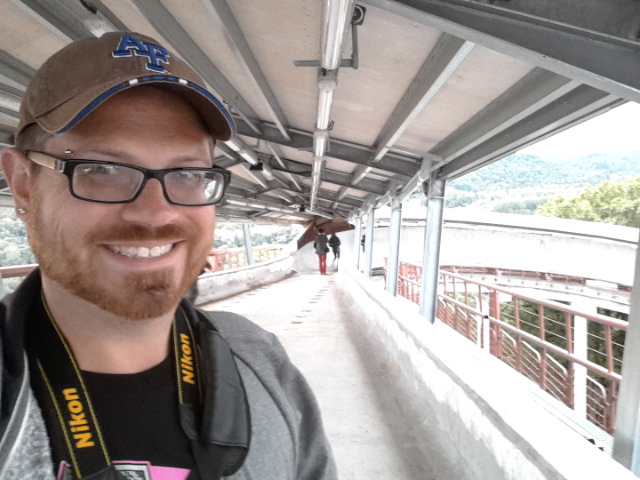 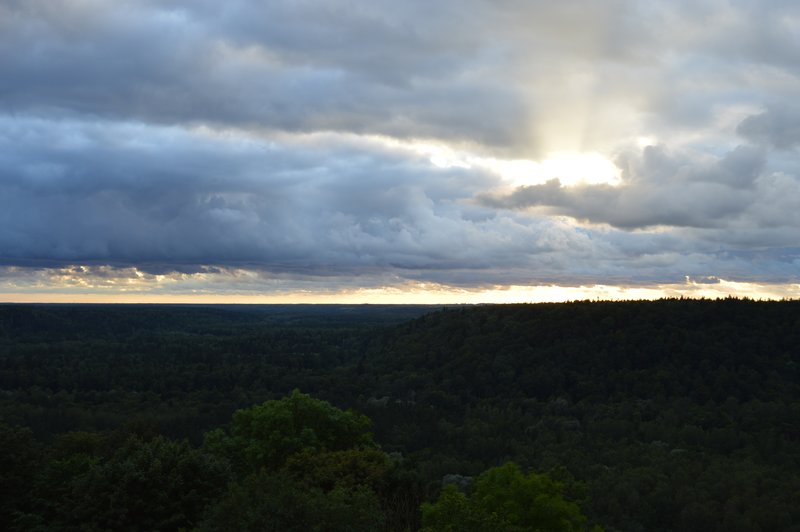 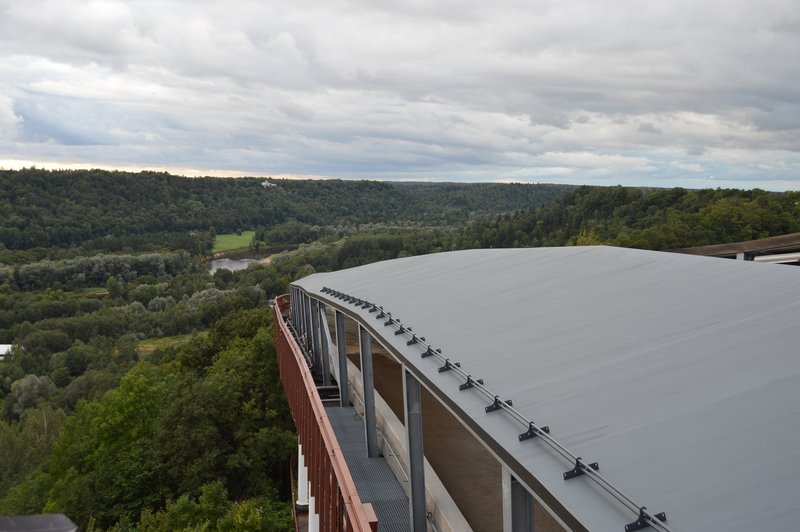 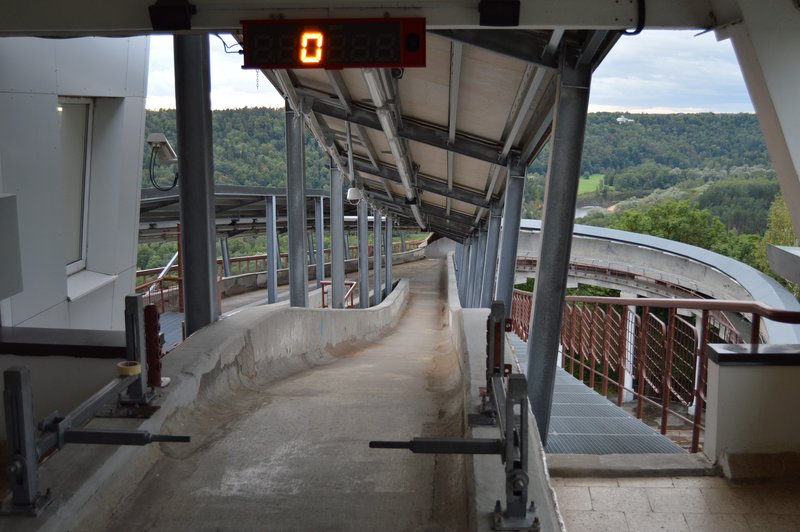 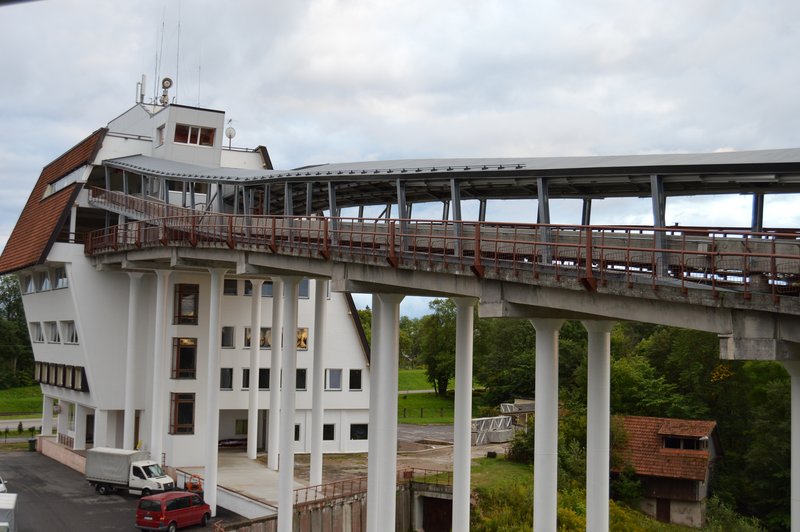 We finally reached the old town area of Riga just after 21:00 (right on time!). Thankfully my hotel was only a five minute walk away from our drop off point. The room I have is quite large, with a separate kitchen area and sleeping area. I dropped off my luggage and then headed back out to grab a quick bite to eat for dinner.

Posted by Glichez 12:00 Archived in Latvia