I slept in again this morning and had a relaxing breakfast. This morning I ate some chicken dish, though I can't really describe it better than that; it had some herbs on top and was about the size of a dumpling. Afterwards I relaxed in my hotel room and then went for a walk in the city. My focus today was to visit the Great Patriotic War Museum. This provided me with a nice walk through the city and along the riverfront parks again. 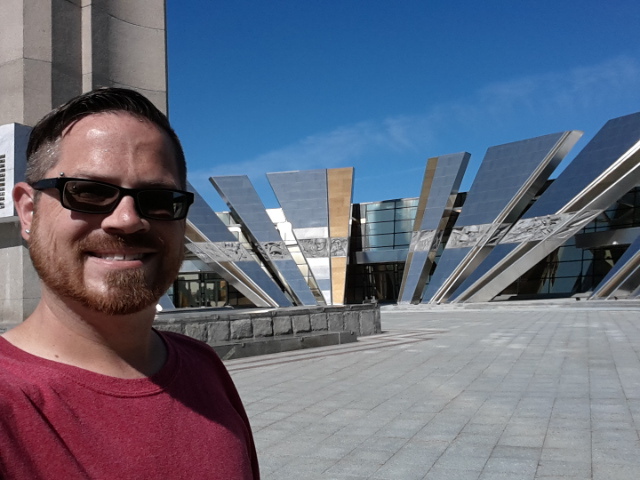 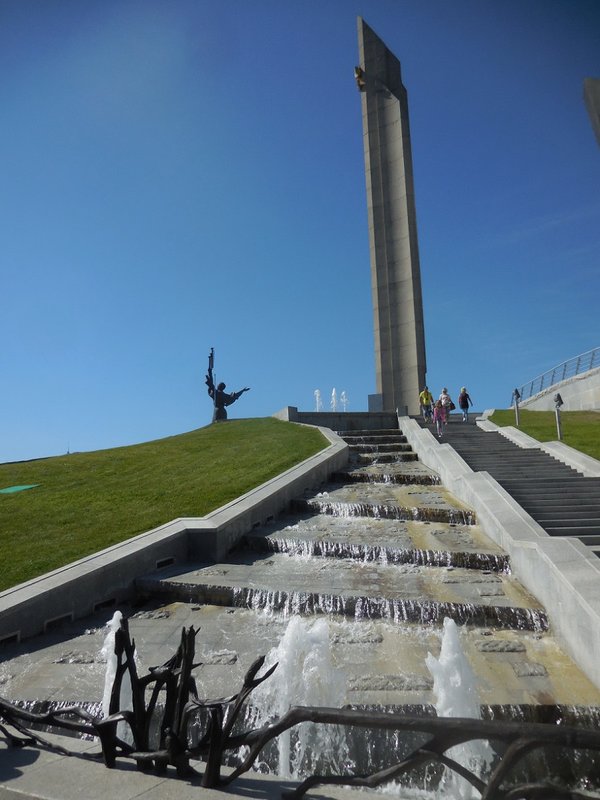 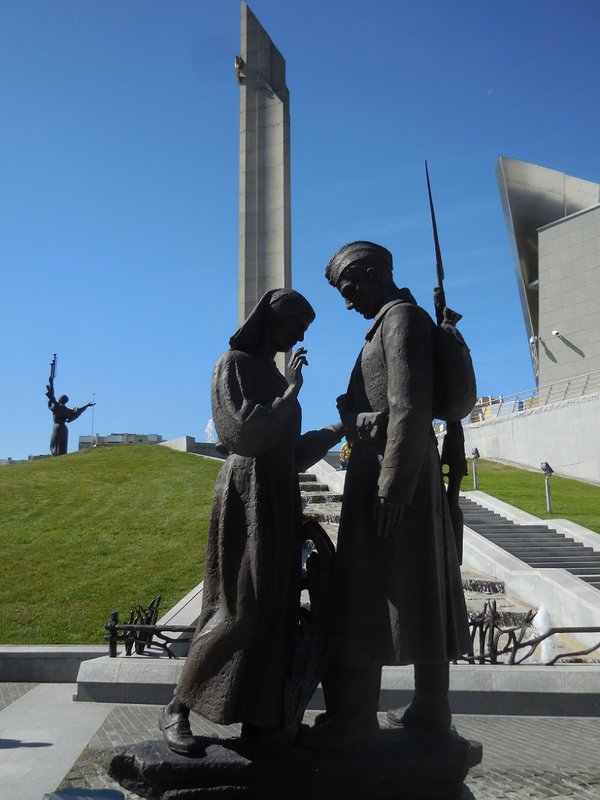 This museum, focusing on the Soviet and Belarus struggle during World War II, was the first museum of its kind in the world - and it opened during the war itself! It was obviously much smaller at that time, but it has since been greatly expanded and it is one of the more interesting museums that I have visited. The museum covers several floors and chronicles the entire war. There are several artifacts from Nazi Germany and the USSR, including numerous tanks, guns, and other weapons that were used during the war. Uniforms, medals, and personal belongings of dozens of Soviet servicemen are also on display. One of my favorite weapons was an old flame thrower (see below). 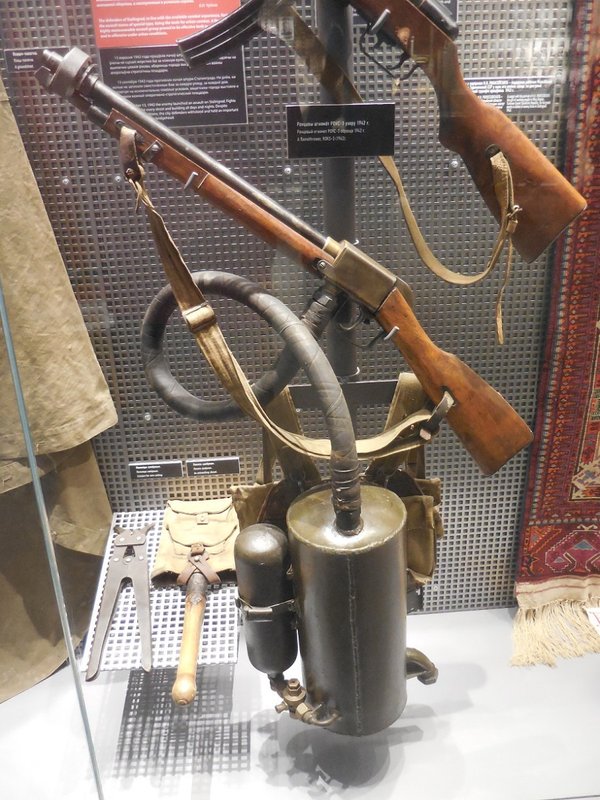 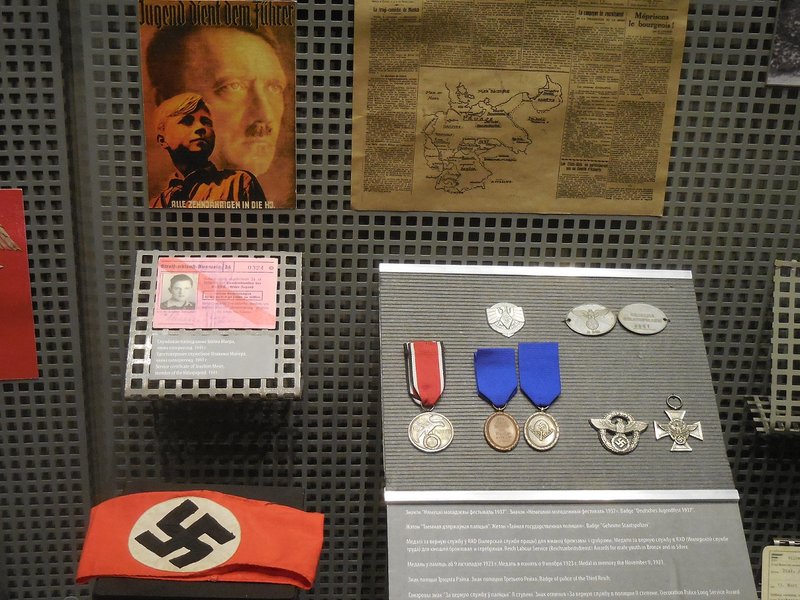 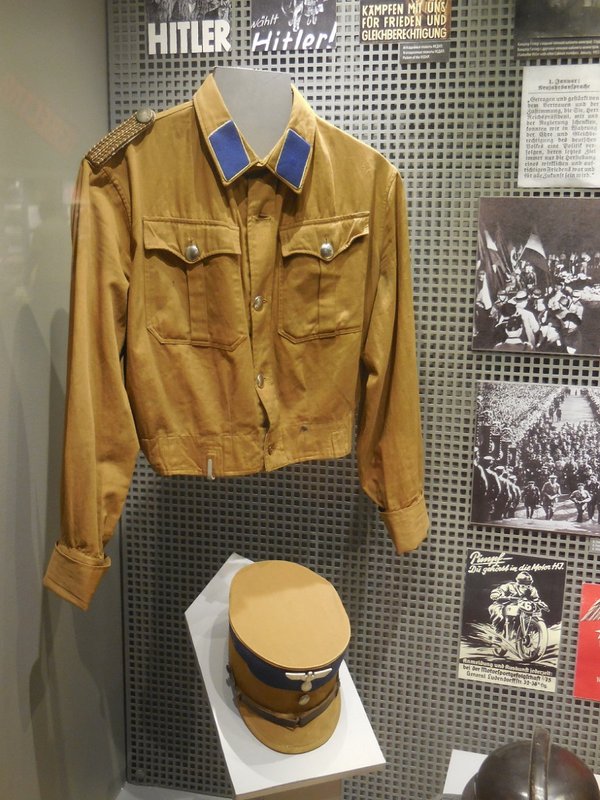 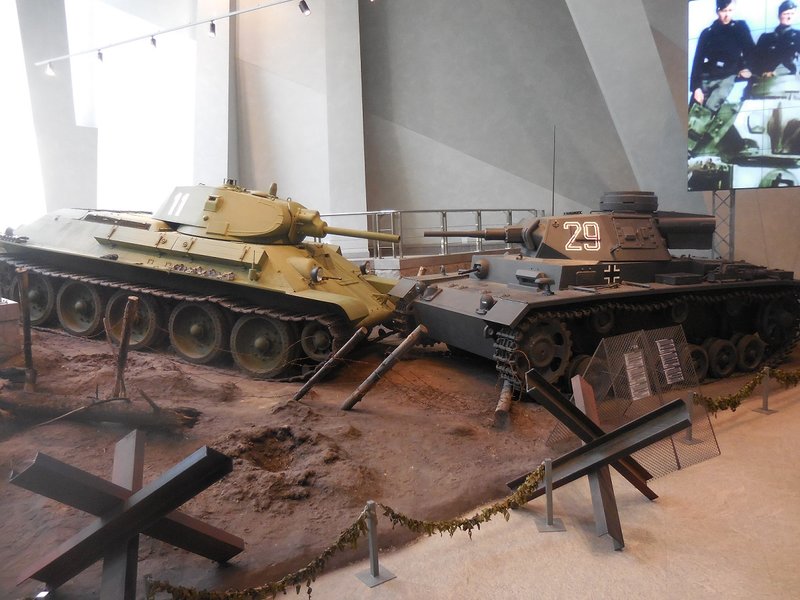 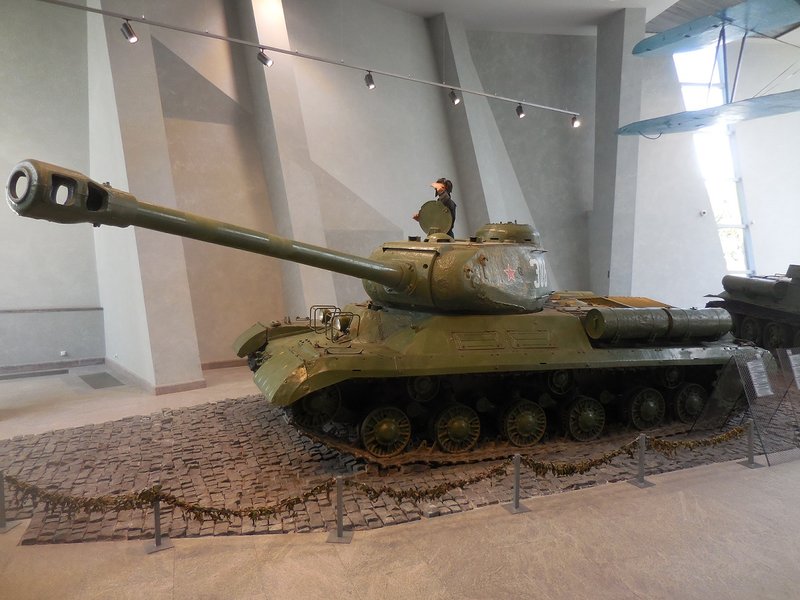 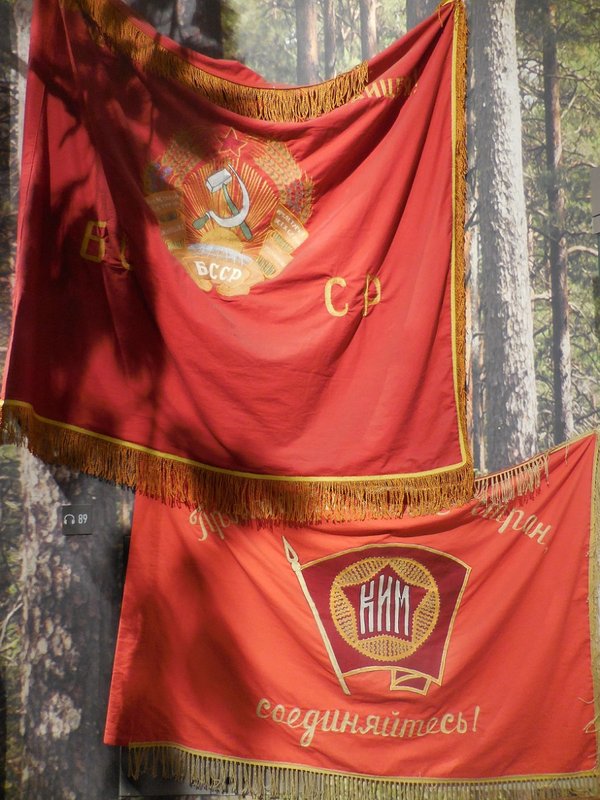 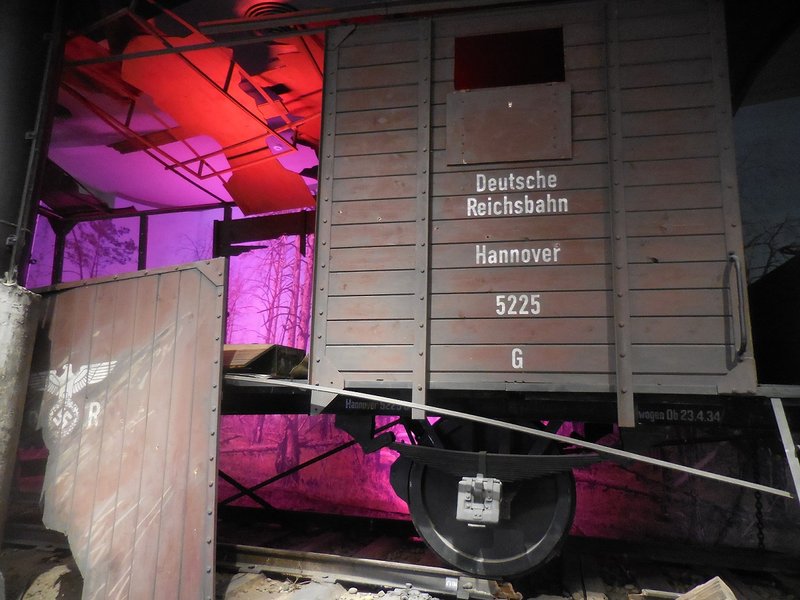 There are different exhibits about the various major battles that centered around Soviet cities (Leningrad, Stalingrad, Minsk, Kiev, etc). Most of the museums focuses on the successes of the Soviet forces that began after the Battle of Stalingrad; it ignores the near catastrophic first year and a half after Germany invaded Russia; there was one passing sentence that acknowledged this.

One of my favorite areas had several Soviet propaganda posters. 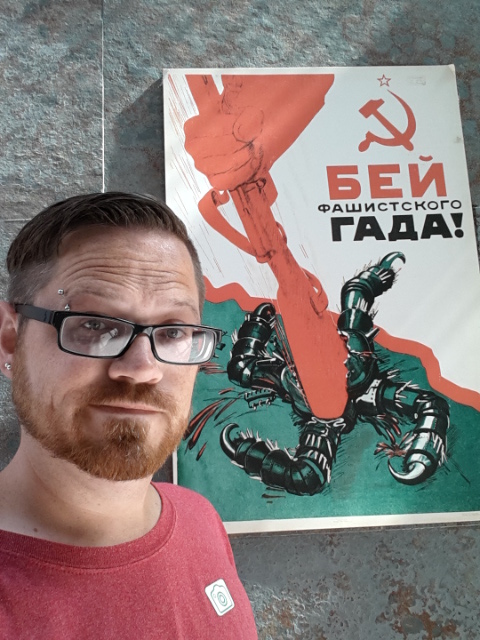 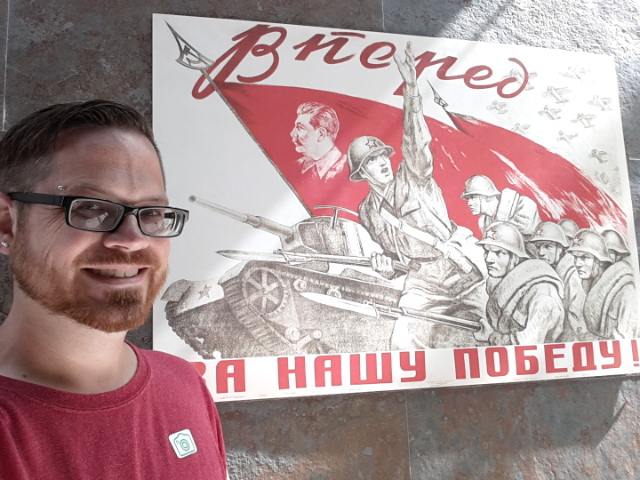 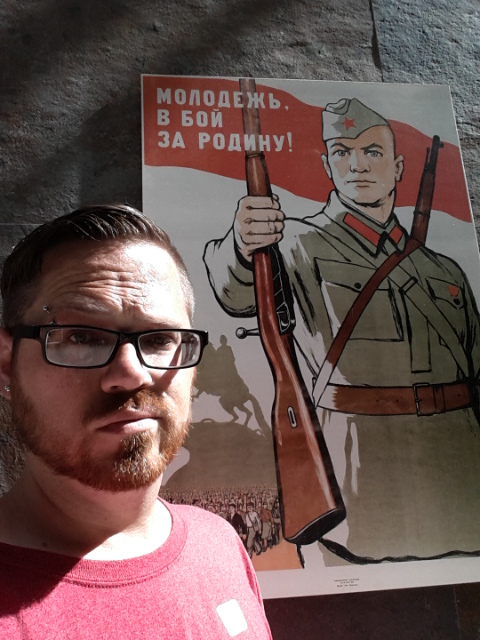 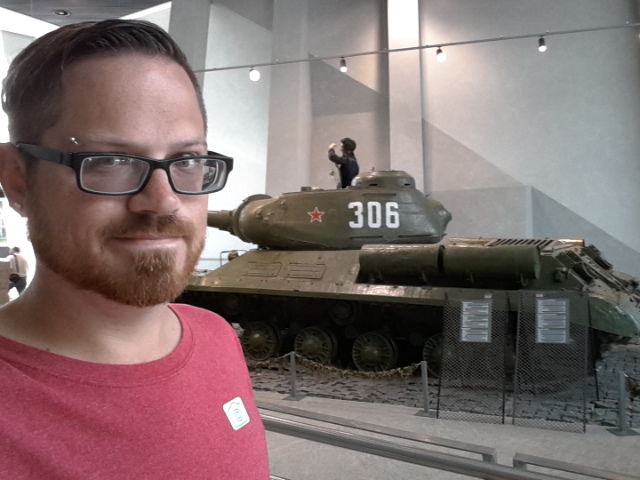 The museum had a very moving section that focused on Nazi oppression and mass murder in Belarus; over 2 million people were kills in Belarus under the Nazi regime and the country was the site of the fourth-largest murder camp in Nazi Europe. There was a map detailing out the various cities in Belarus and the number of people killed from each city.

There was also an extensive section about the resistance fighters in Belarus, with models of their hideouts and mobile printing presses. It was very interesting to see many of these artifacts and to read about the personal stories associated with them. One that stands out was a 14-year-old resistance fighter who was killed in action. The museum culminated in the Victory Hall, which was quite impressive. 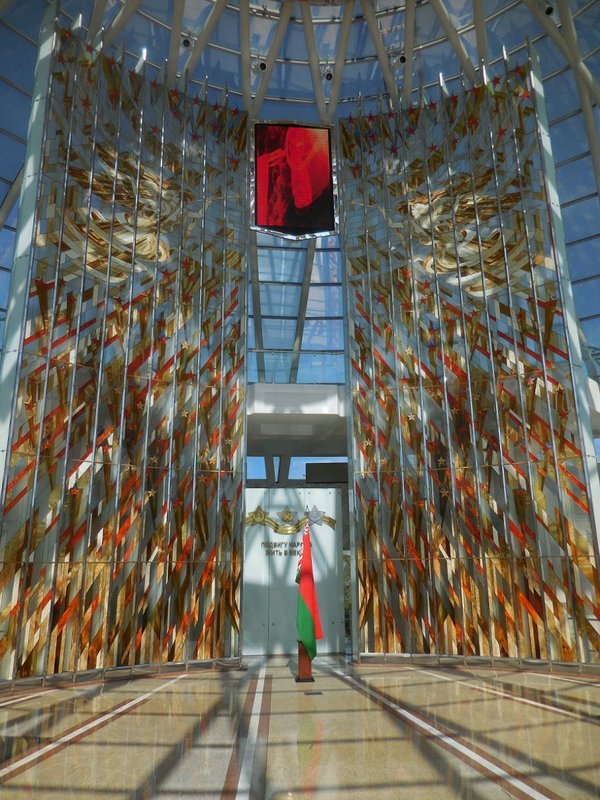 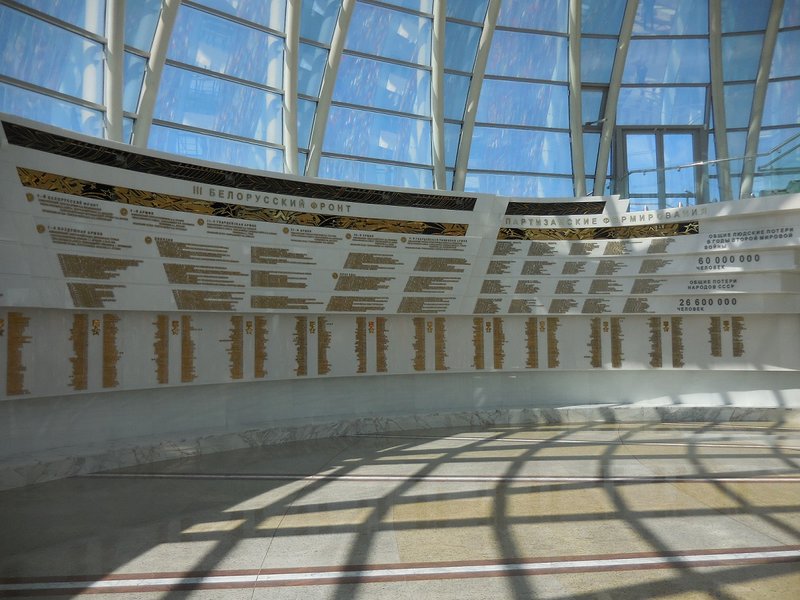 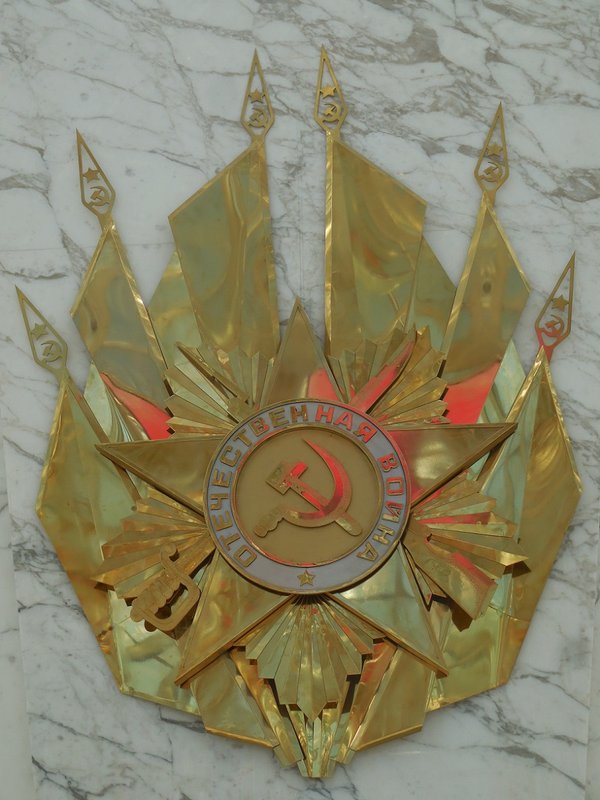 I spent about 90 minutes exploring the museum before heading outside to meander around the park that surrounds it. I went to see the bomber airplane behind the museum and then walked down to the riverfront. I took a leisurely route around the park and headed back towards the city center to grab a quick bite to eat for lunch.

The rest of the afternoon was spent back at Coffeeberry, where I had a mocha and a delicious chocolate cake; I spent a long time reading "Ready Player One" and then getting some work done. 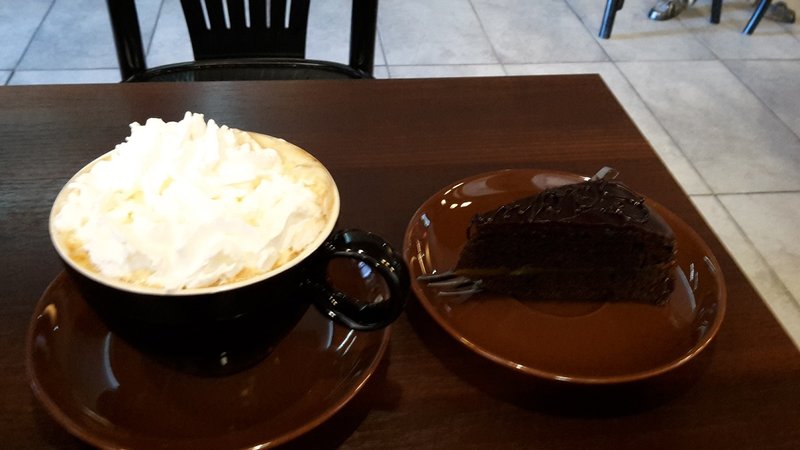 Now I am back at my hotel, getting ready to pack up my suitcase: I'm off to Estonia tomorrow!

Posted by Glichez 11:33 Archived in Belarus