Today was my one and only day for sightseeing here in Paraguay - and it may have been a bit too long! LOL

The hotel had a decent breakfast buffet, but for some reason I was not terribly hungry this morning. I nibbled a bit before meeting my tour guide for the half-day tour of the city.

The guide met me at the hotel at 8:00 and we set off into the city. We had a driver with us as well and he drove us around the old town area for a bit, including along the newly completed waterfront road. The bay of Asuncion is small, but very pretty; the waterfront roadway was completed only a few years ago and is planned to extended further. My guide informed me that today was a holiday: the anniversary of the founding of Asuncion! He explained that this was why there were so many people out last night partying. Since it was a holiday, many places were closed.

After driving around some, we got out for a walk around the old town area. Our first stop was the Catholic church. 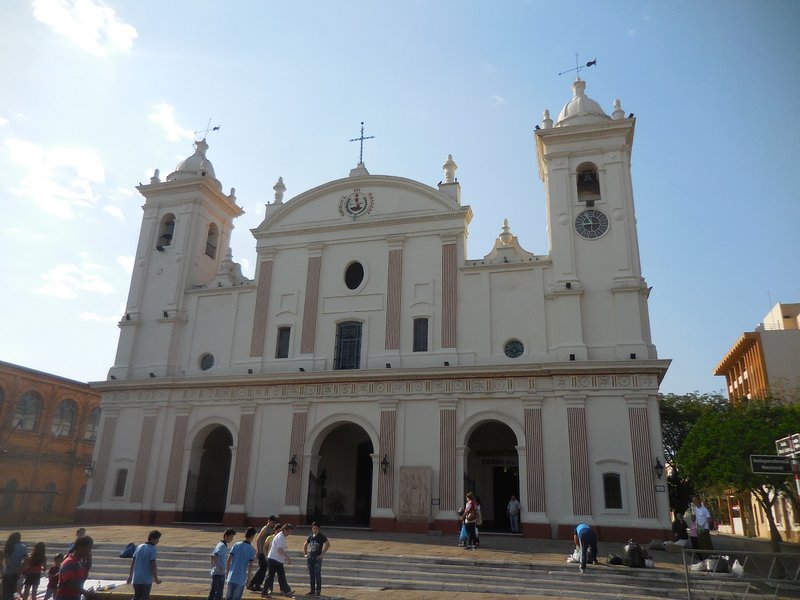 They were holding a mass inside, so we weren't able to wander around very much, but I was able to see all of the highlights. There were some spectacular icons and the altar was done in silver. Outside of the church was a large square that was preparing for the day's celebrations. We saw a police escorting a truck to the square - and the truck was only carrying the statue of the city's patron saint, which the guide found ridiculous. As we walked around the square I was amazed at the number of police officers present, including many in riot and swat gear. 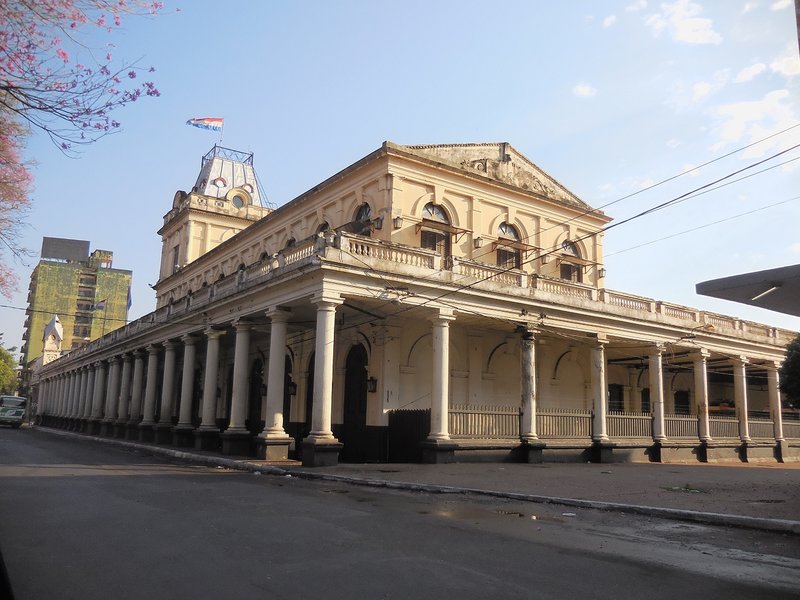 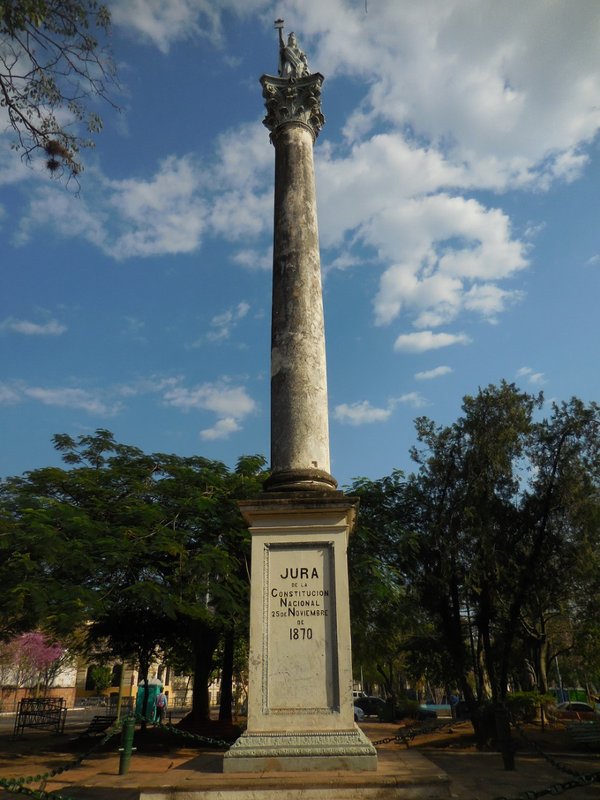 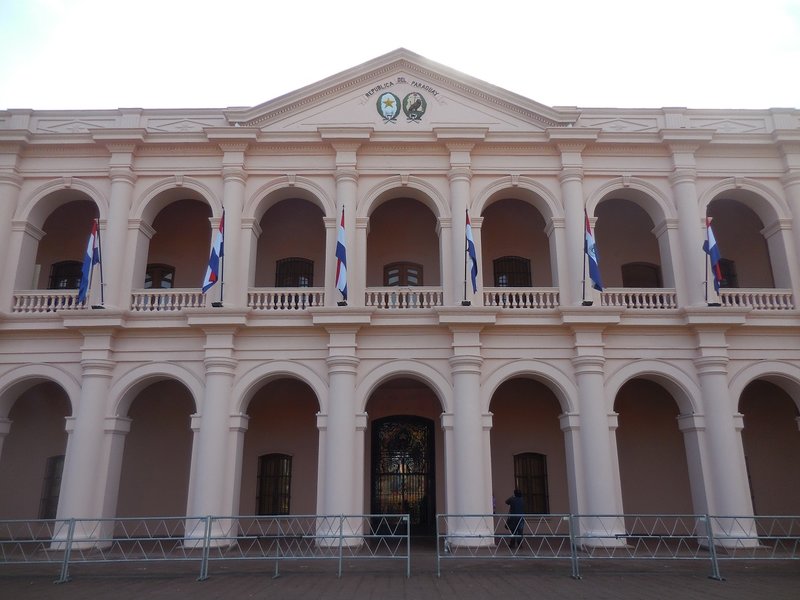 We walked along the streets of Asuncion, which, I'm sad to say, were in terrible shape: major potholes everywhere, sidewalks torn up, garbage strewn everywhere. My guide said that the city had quite a problem with the garbage. Outside of one building was some interesting street art that wasn't related to the holiday. 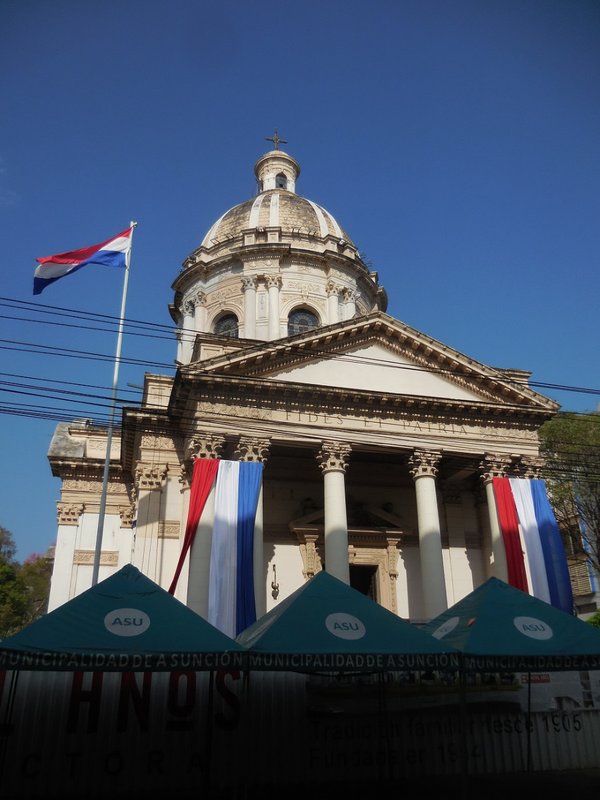 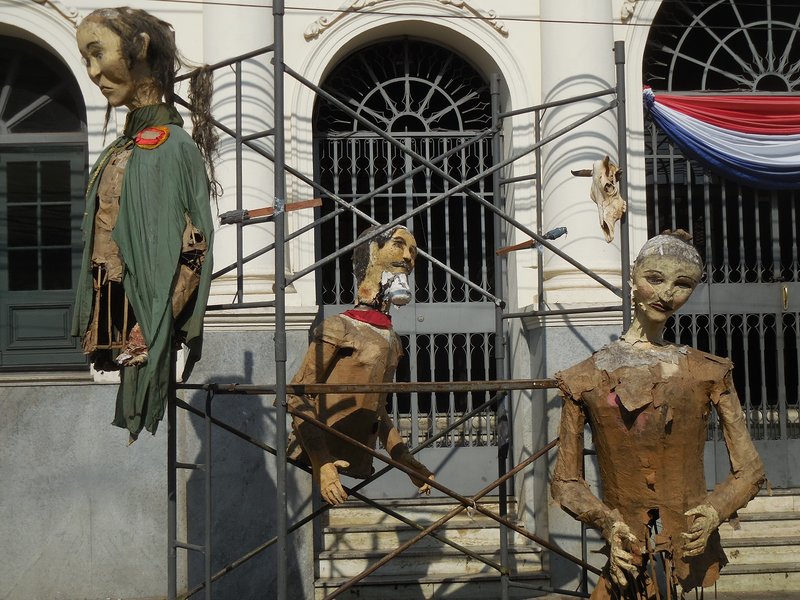 We next made our way to the new legislative building, which the government of Taiwan helped build with a donation of $20million! They donated this amount because Paraguay is one of the few countries to recognize Taiwan rather than mainland China. Directly across the street from the legislature was a shanty town. 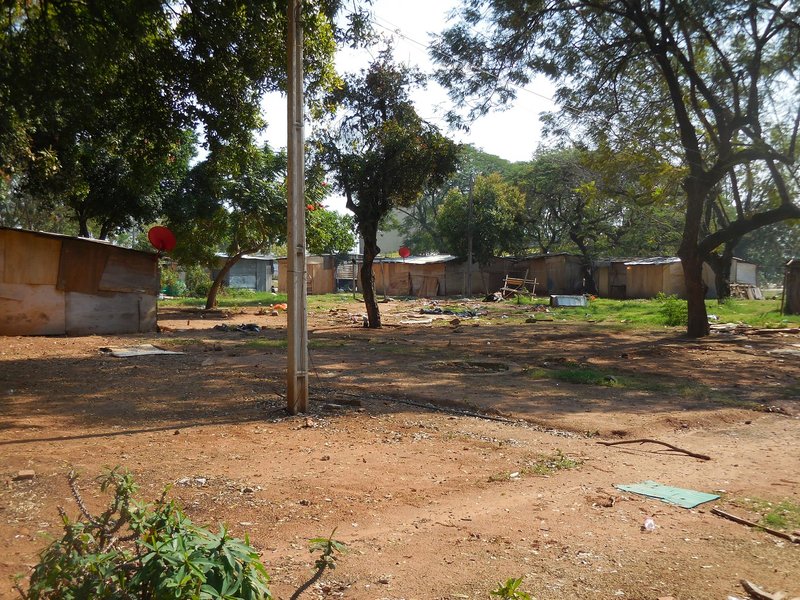 We tried to walk to the Palacio de López, one of the nicest buildings in the city, but found that all roads leading to it were barricaded off and lined with police. One of them explained that there was a protest planned for that day and they wanted to march to the Palacio de López, which the police were going to prevent. At one point a group of riot police came running up to the barricades to prepare. As we made our way back to the car we could see the protesters making their way down the street.

Back in the car, we headed down to the new town area. This town had clearly been better developed and invested in, but it still was quite run down. We drove around some of the affluent neighborhoods and one street was so torn up that we had to drive on the sidewalk to get around - and this was less than a block away from a HUGE mansion that one of the former dictators had lived in. Finally we made our way back to the hotel around noon. All in all it was a good and thorough tour of the city, touching on all of the highlights.

I spent some of the afternoon relaxing at the hotel before heading out for a quick bite to eat. Most every place was closed and I didn't fancy wandering around the city too much, so I grabbed some food at... Burger King. Don't judge me! Outside of the BK were several poor children begging for money; the BK had a guard at the door to make sure they didn't come inside. After ordering my food, which was an ordeal, I found that the garbage problem extended off of the streets and into restaurants as well: there was garbage all over the floor. They did have someone going around cleaning up, but there was so much for the poor guy to keep up with!

I came back to the hotel and planned to read by the pool and go swimming (the hotel has a rooftop pool!), but once I got to the roof I heard some commotion out on the street: there was a parade coming! I hurriedly went out to the street and watched as the parade went by. 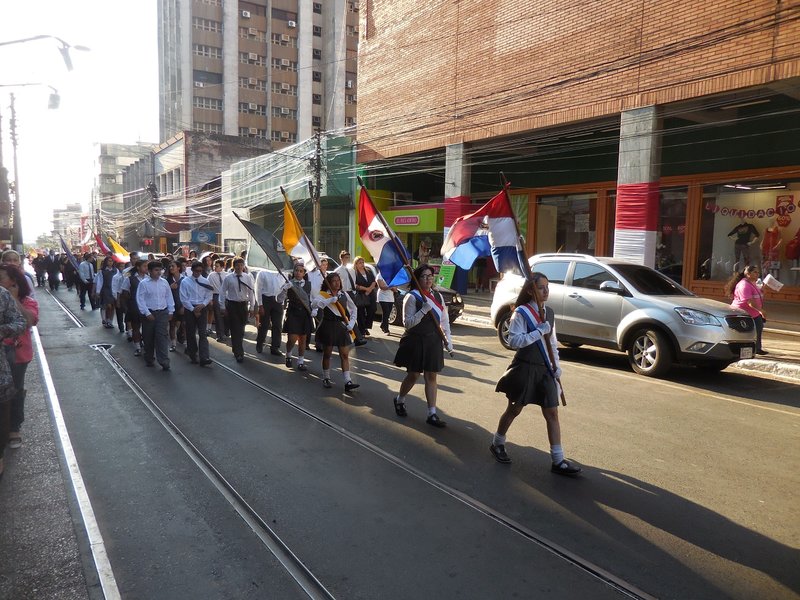 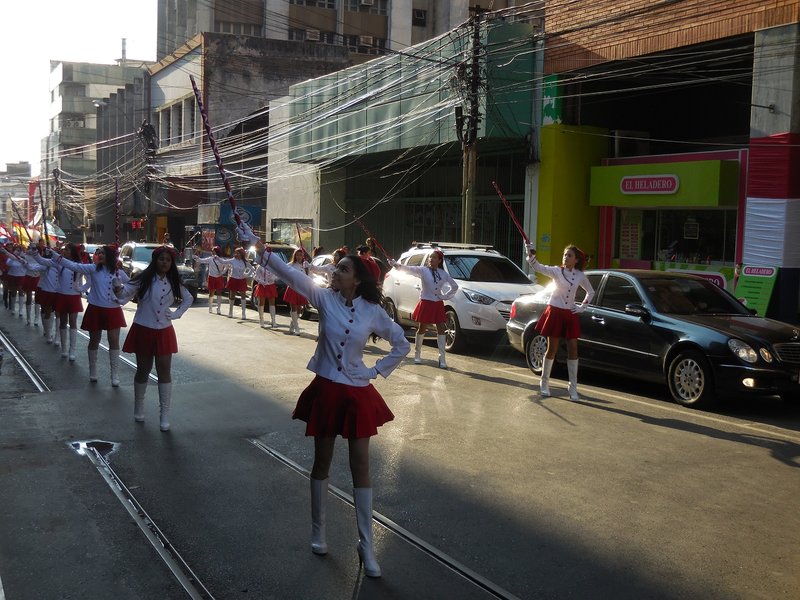 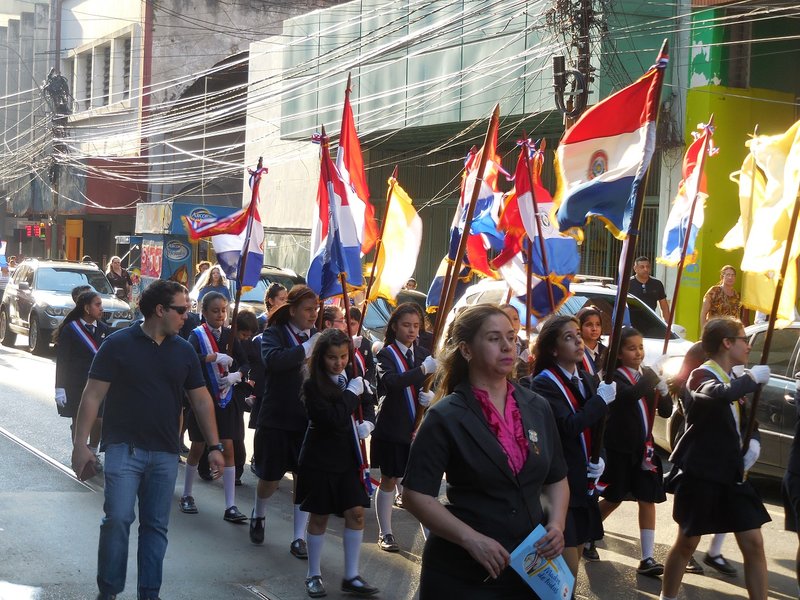 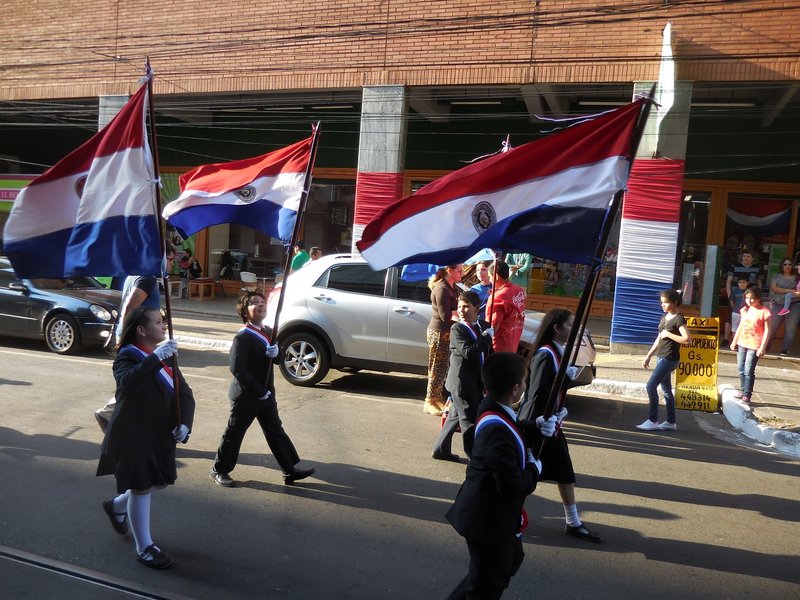 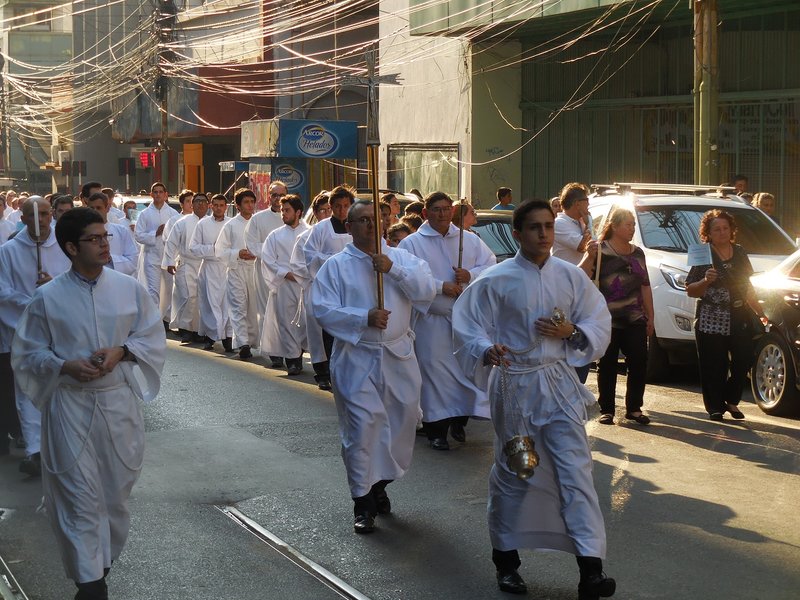 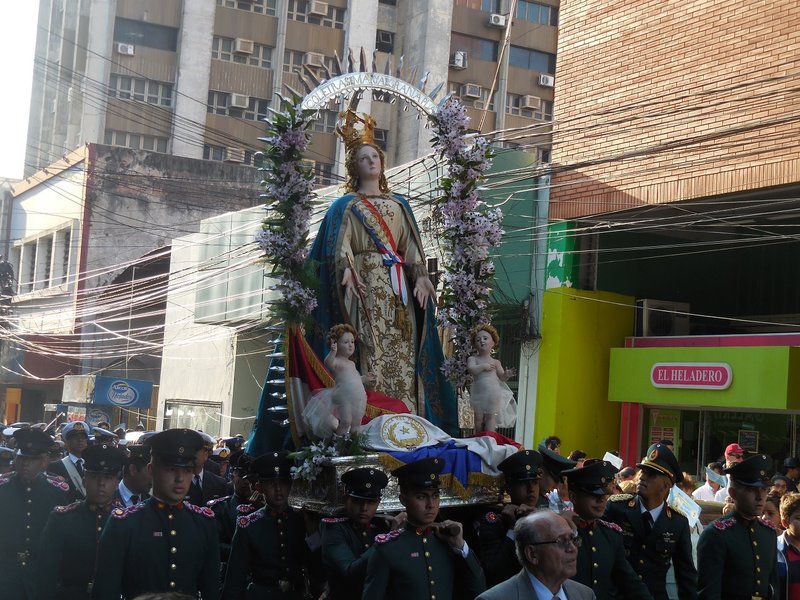 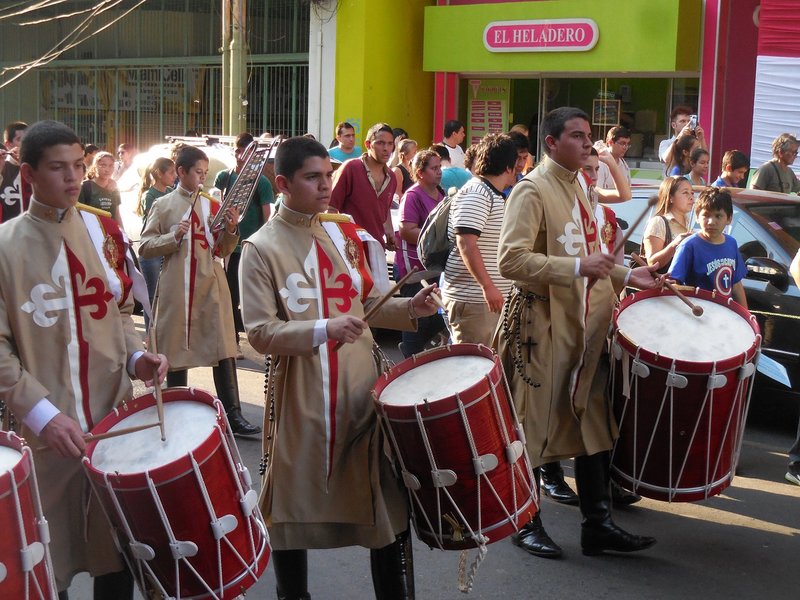 The parade was rather simple, but quite nice. There were little bands that beat out on their drums mostly. Groups of little girls marched with them, twirling batons. The parade was religious in nature and was part of the holiday celebrations. The end of the parade was made up of the clergy, with members of the military escorting a religious statue with them. The parade lasted about 20 minutes, after while I returned to the roof of the hotel to admire the view. 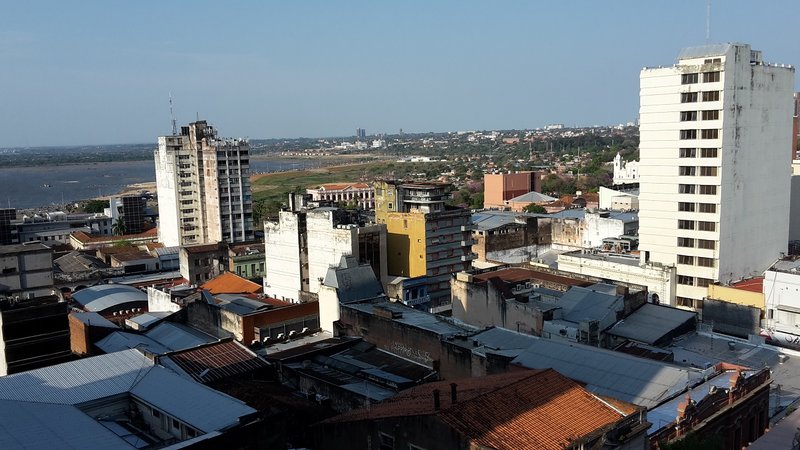 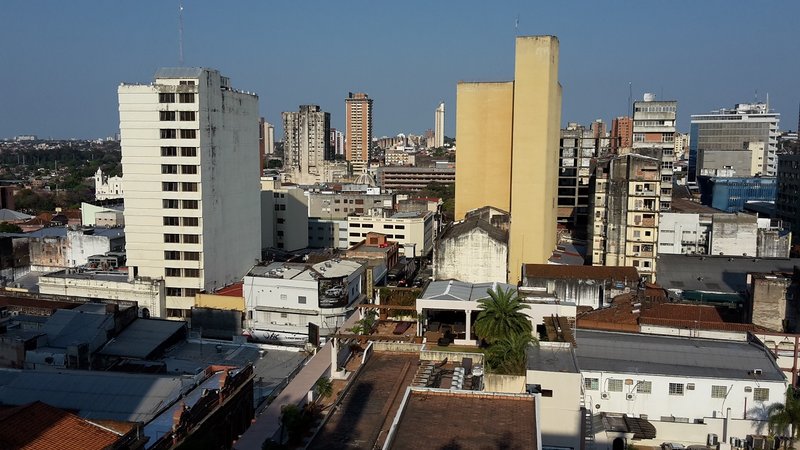 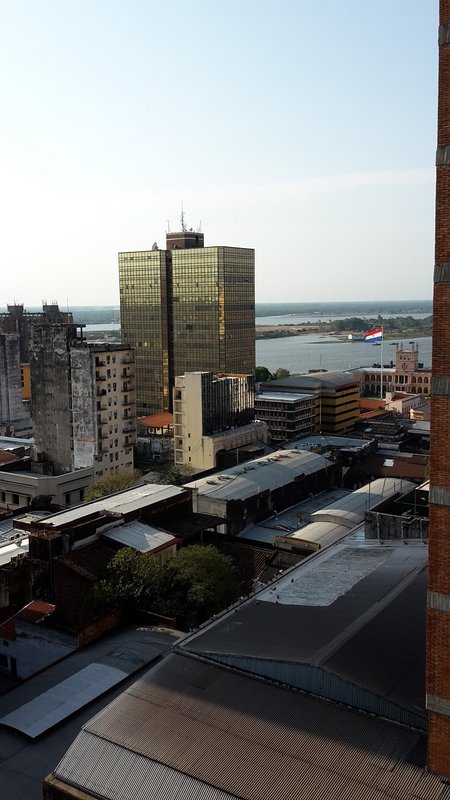 While I might not have been able to see the Palacio de López up close, I was able to see it from the roof: 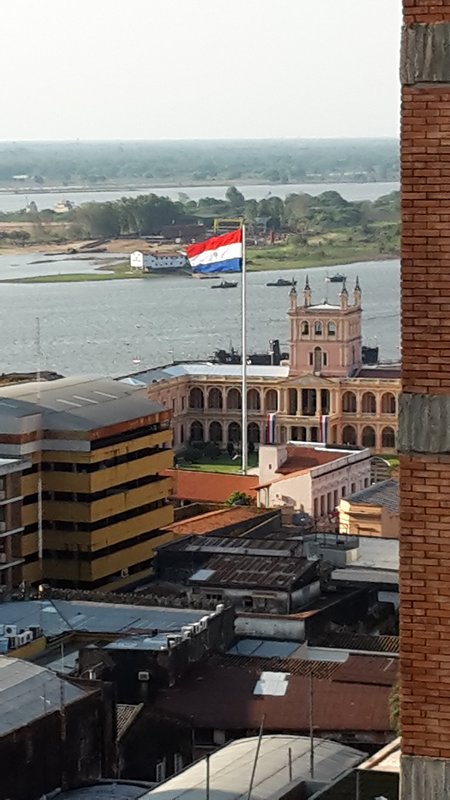 I've got to make it an early evening though; my airport transfer is leaving the hotel at 3:00 for my flight to Buenos Aires at 5:00.

As I was writing the above I heard fireworks outside, so I ran back up to the roof and caught the tail end of a firework show that was down at the waterfront. There were several hotel staff members on the roof watching as well. It was fun getting to see the holiday festivities here today!

Posted by Glichez 15:26 Archived in Paraguay