I managed to get a very good night's sleep and woke ready for a long day of sightseeing. The breakfast at my hotel, the Yvera Cataratas, was simple but delicious: bread, meat and cheese, along with a variety of pastries. I hurriedly ate my breakfast before the shuttle picked me up at 7:30. We made the rounds picking up additional people and then we had to switch to a larger bus before we were off to Iguassu Falls!

Iguassu Falls are a series of massive waterfalls that straddle the Argentina-Brazil border. They are some of the most famous waterfalls in the world. The James Bond film "Moonraker" features a scene filmed at Iguassu Falls (yes, the same movie that filmed at Sugarloaf Mountain in Rio!). Again, I failed to find Bond, Jaws or Hugo Drax. Hrm...

On the way to the Argentina side of the falls, our "guide" Carlos gave an overview of the day - but it was just a full day tour of the Argentine side, nothing about visiting the Brazilian side. The tour I booked was supposed to visit both sides in one day; I began to panic and thought that I had boarded the wrong bus! Finally another gentleman on the tour asked about the Brazilian portion and the "guide" said that those of us going to Brazil would split off from the group later on. (I'm using the word "guide" as such because he was truly awful).

Upon arrival at the entrance to the park, Carlos said that the entrance fee had to be paid in cash - no credit cards. Nothing mentioned this prior to reaching the falls nor during the trip booking process. Thankfully there was an ATM that several people were using. I told Carlos that I needed to use the ATM and then buy my ticket. When I finally did have my ticket, I found that Carlos had take then rest of the group and already ventured into the park! Despite knowing that he had people still getting tickets, he left us. I literally had to run to catch up to them, mere minute before the train to the Devil's Throat left.

The train to the Devil's Throat was pleasant and quick; I met a very nice woman from Ireland named Sarah; she and I basically partnered up for the tour, which was really nice. It was fun getting to chat with someone throughout the day! 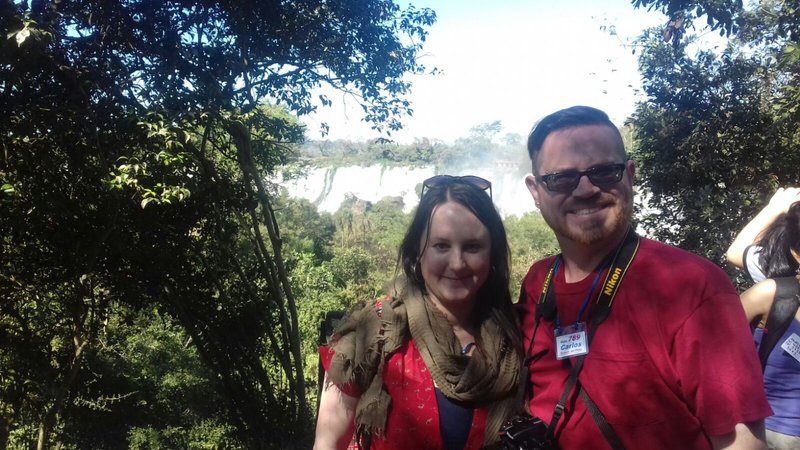 The first stop was the Devil's Throat, which is spectacular. 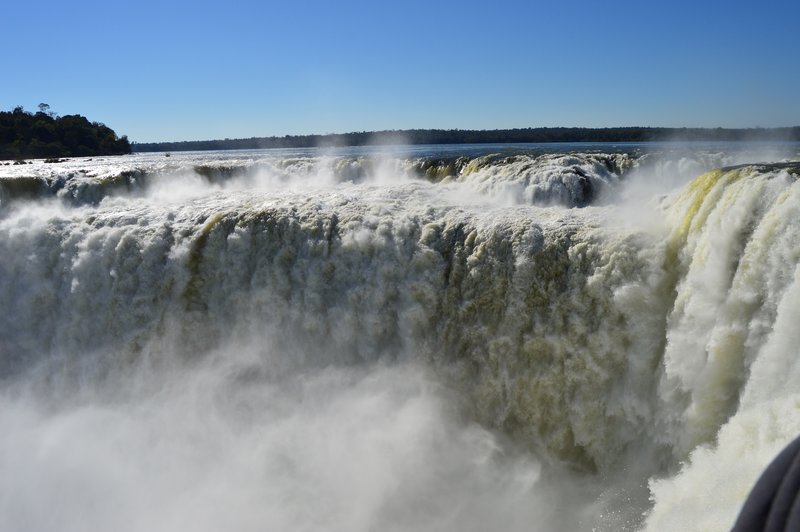 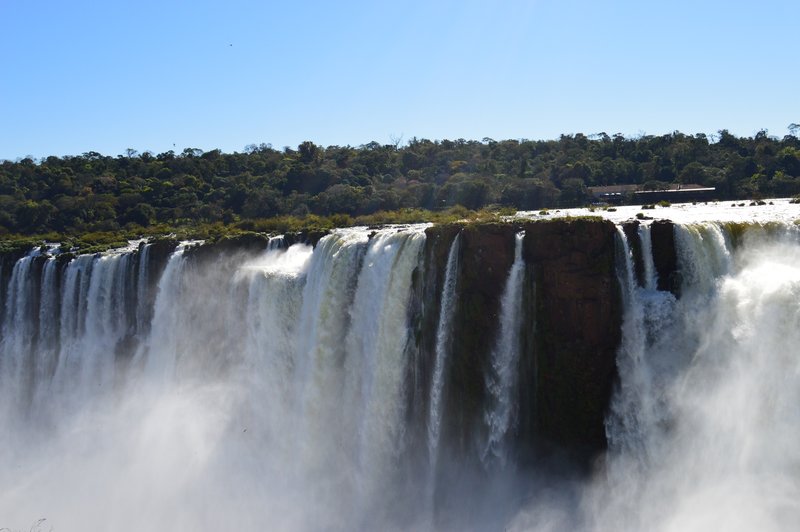 We then took the train back and walked along a path that revealed many more amazing waterfalls for us to see. Each turn in the path revealed more breathtaking sights. It was tranquil and relaxing. The weather was perfect as well: sunny, clear and cool. 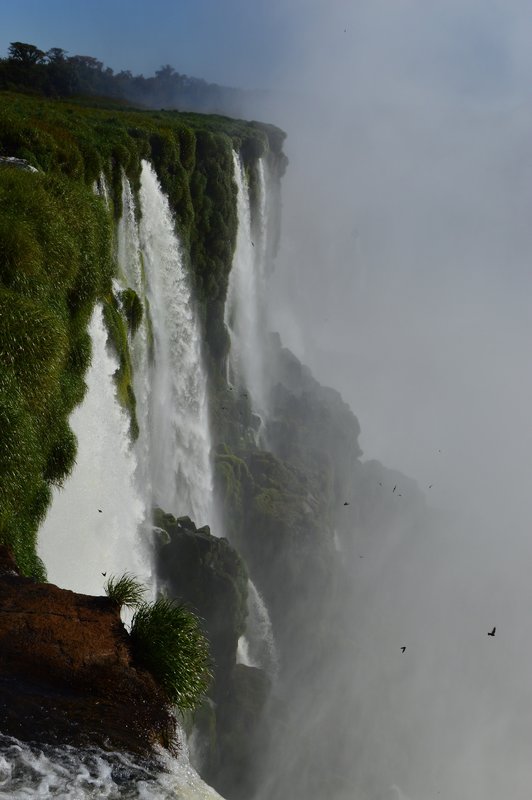 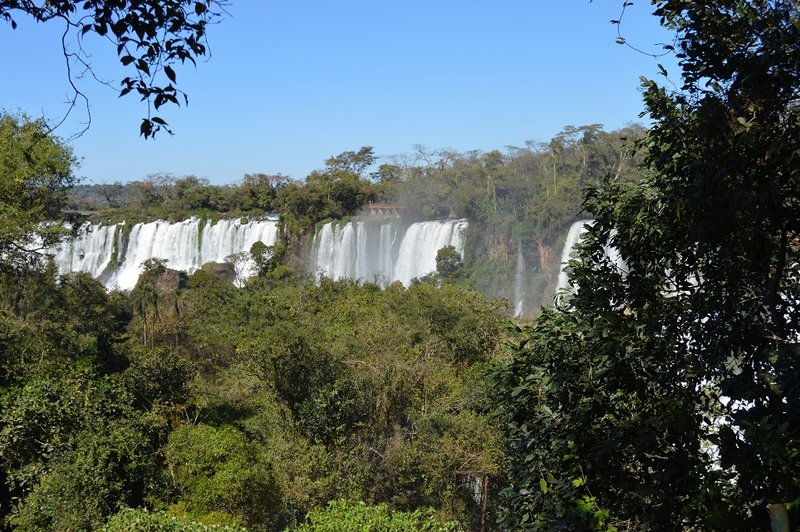 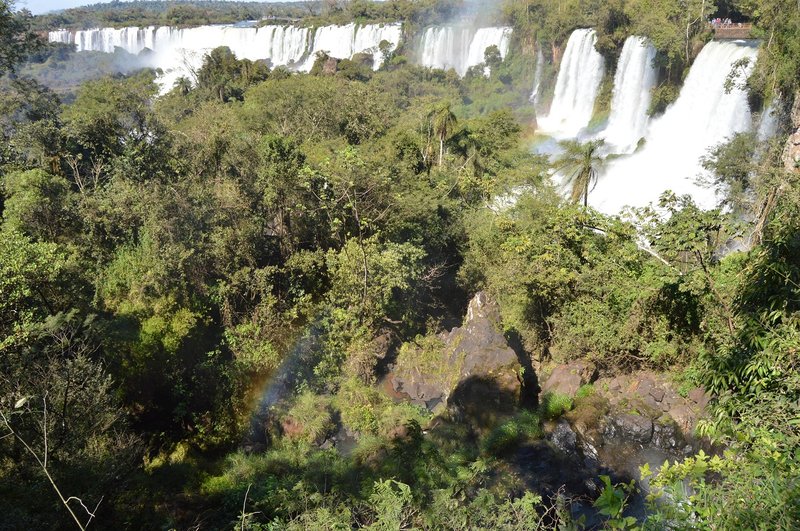 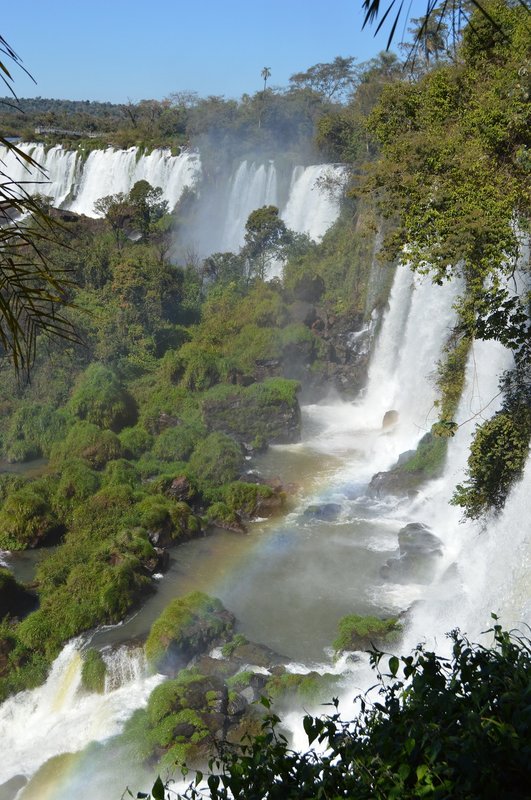 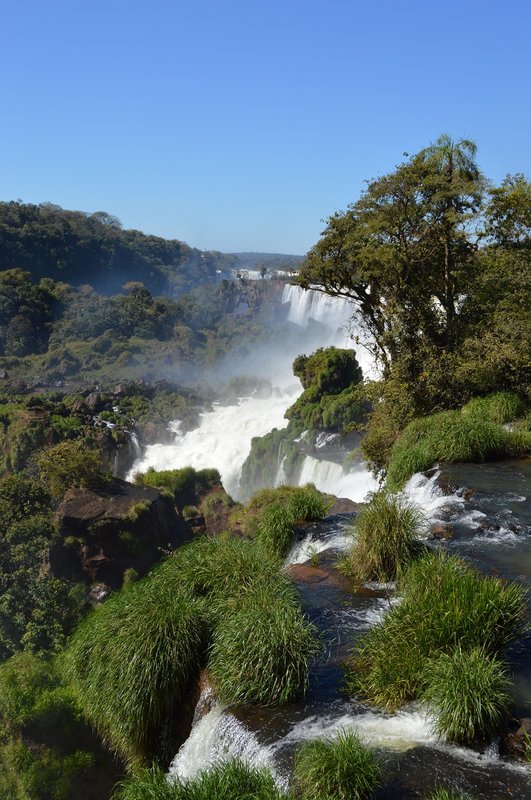 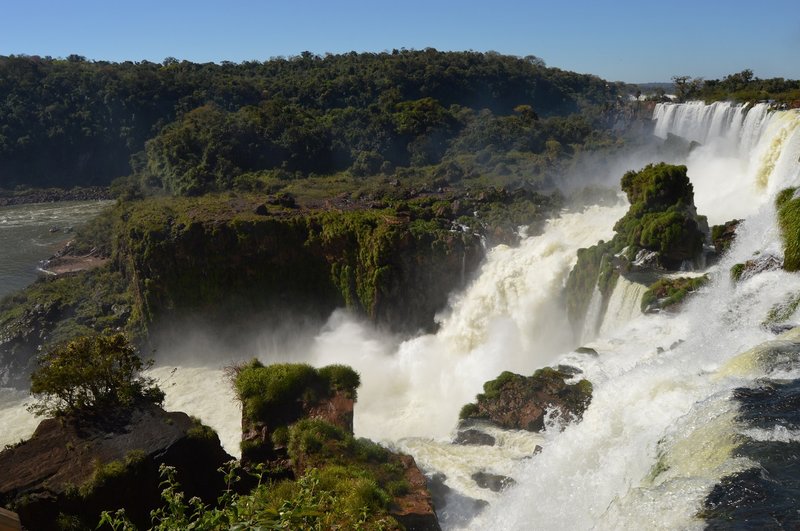 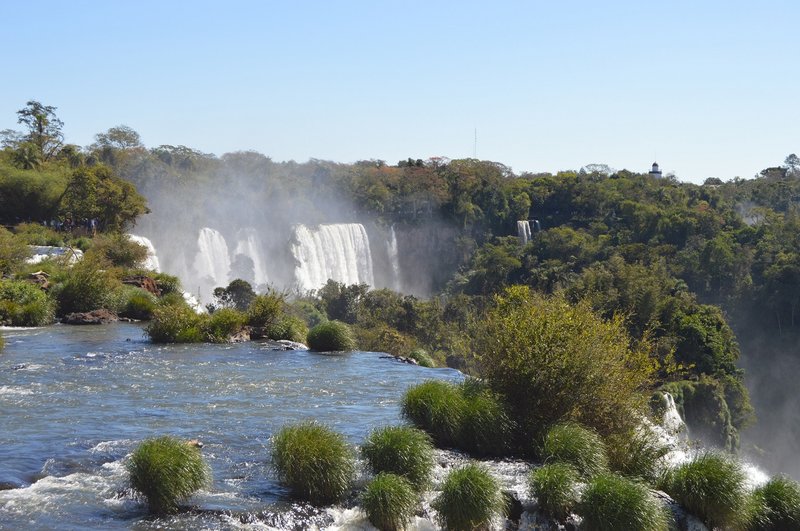 Carlos did not truly lead the group during this; he would walk on and not even attempt to round up the group to make sure that we were all together (this despite the fact that the area was full of tourists). After we finished with the second path it was time for the other guy and me to leave the group; we headed over to the Sheraton hotel, which is inside the park, to wait for our ride to Brazil.

Our guide for Brazil, Miguel, was the total opposite of Carlos. He was attentive, friendly, outgoing and made sure that we all knew the plan and stuck together. He explained things throughout the park as well. Crossing back into Brazil was simple and soon we were at the park. Miguel handled the buying of our tickets and then we took the bus into the park itself.

The Brazilian side is smaller, but provides equally stunning views. At one point there was a walkway out to the Devil's Throat right near the base of one of the falls; I got soaked walking out there, but the views were worth it. 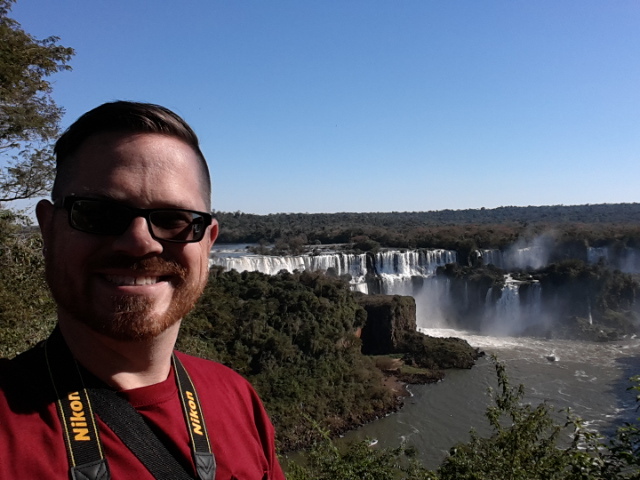 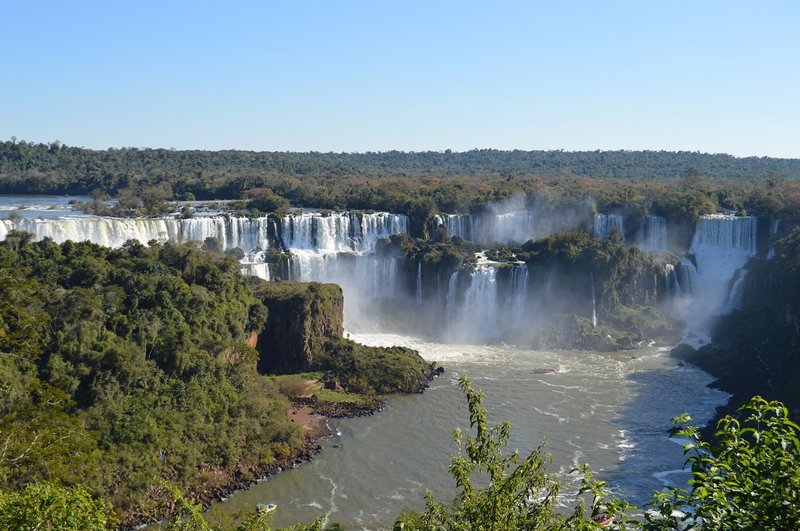 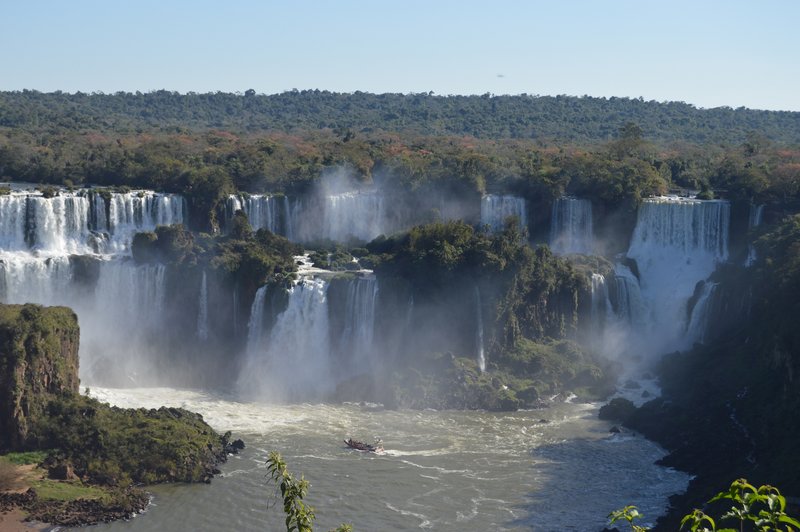 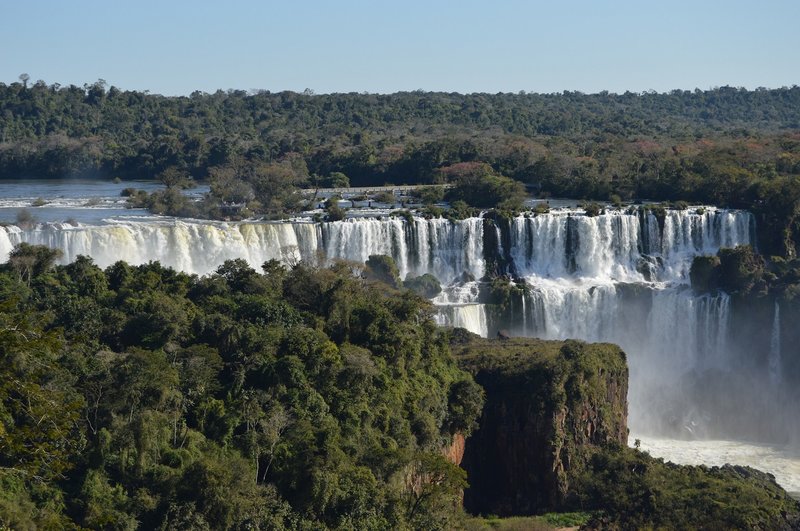 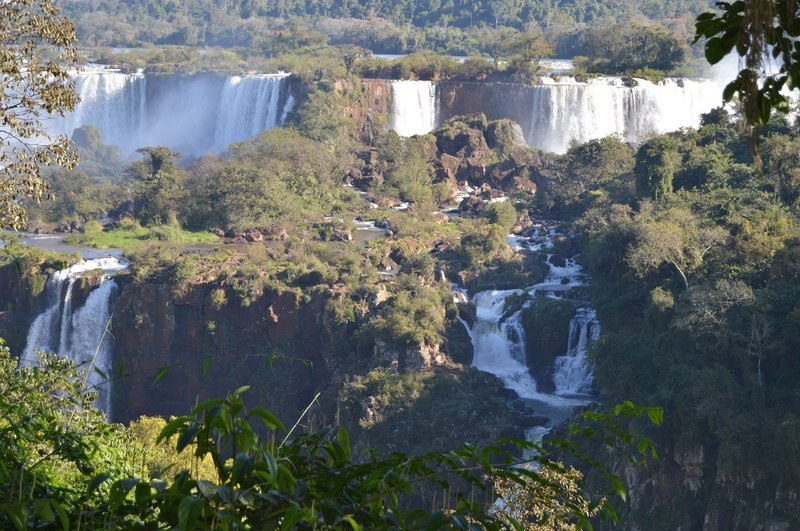 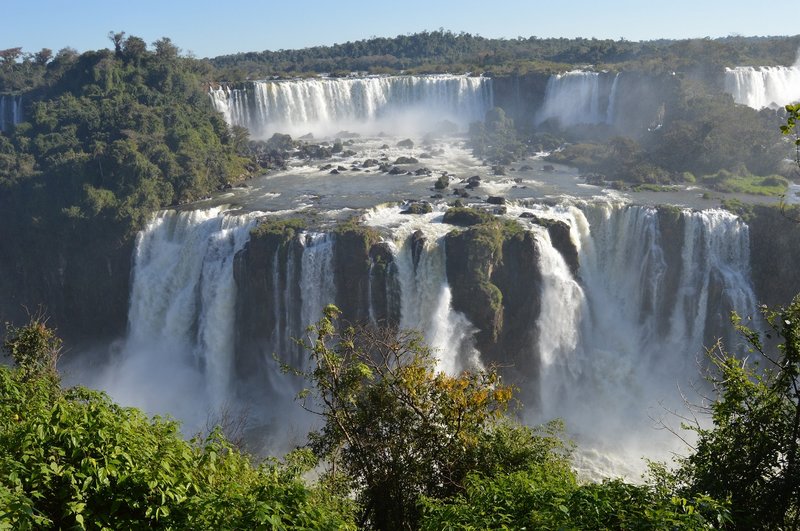 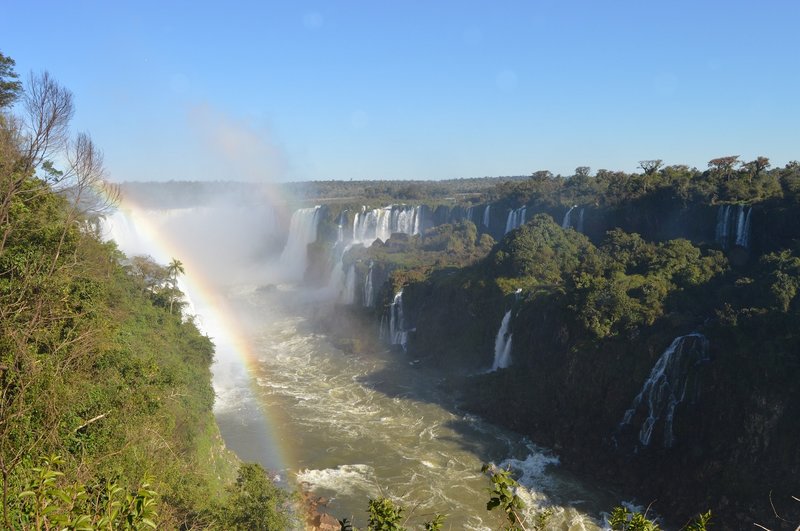 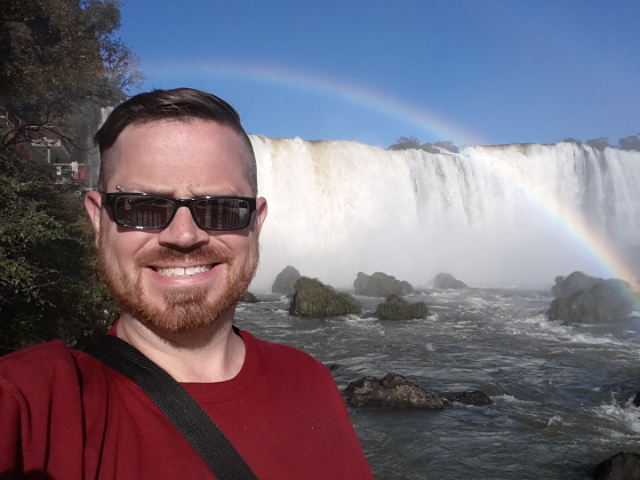 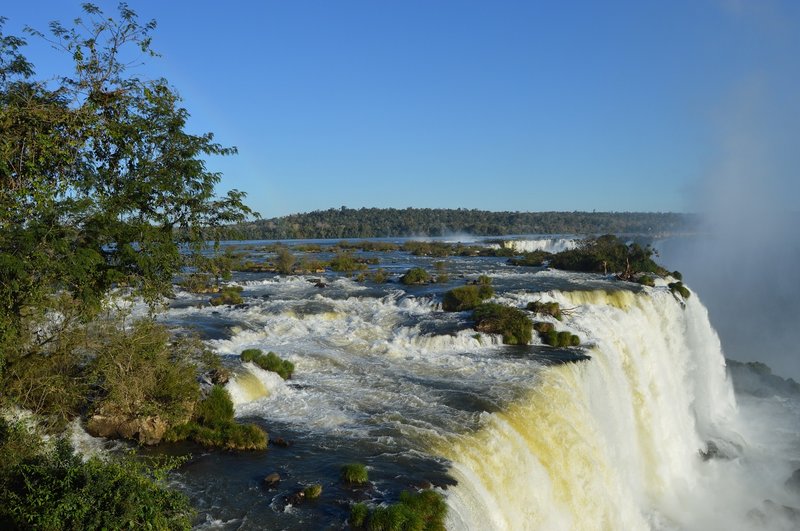 After a long and very busy day I made my way back to the hotel around 7pm. Time to relax, watch some of the Olympics and get some sleep!

Posted by Glichez 16:22 Archived in Argentina