Sugarloaf Mountain, but no sight of Jaws or James Bond

The past two days have been incredibly LONG and tiring. To begin with, I had some last-minute change of packing plans, which stressed me to no end. My sister, niece Jane and nephew Jack were in town visiting and I wanted to spend time with them before I left on my trip as well.

All three of my flights were on time and went rather smoothly, though the total time it took me to get from Raleigh to Rio was around 25 hours. I had a 2hr flight to Ft Lauderdale, where I had a 6hr layover; the airport didn't have much in the way of entertainment, so I spent the time watching movies and TV shows on HBO Go. The flight to Sao Paolo left around 9pm and lasted just over 8hrs. I dozed off and on throughout the flight, but I didn't manage to get a good rest. The dinner that was served was some pasta dish that was so-so. I watched the first half of X-Men First Class before trying to sleep again. During the middle of the night we hit some pretty rough turbulence that kept waking me up. We landed in Sao Paolo just before 6am (Brazil time, +1hr from EST). I had another 6hr layover in Sao Paolo before I had a quick 45min flight to Rio. 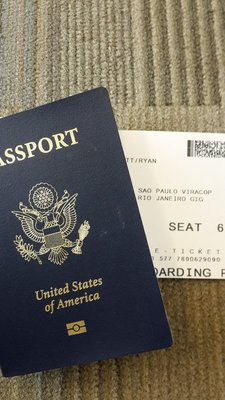 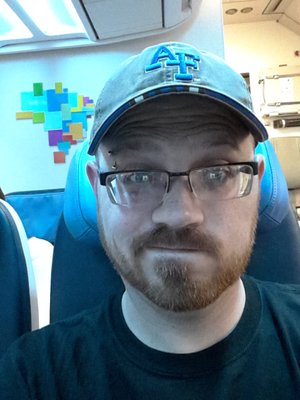 Everything went smoothly upon arrival in Rio. The driver that I had booked was there waiting for me and was incredibly friendly. He explained about the safety of Rio as we walked to his car. We left the airport and he told me all about the city and various sights and facts concerning it.

Our first stop was Sugarloaf Mountain, and the primary sight that I wanted to see in Rio. This location was featured in the James Bond film "Moonraker" when Jaws and Bond do battle in and on cable cars. Despite searching all over the mountain, I couldn't find them anywhere! 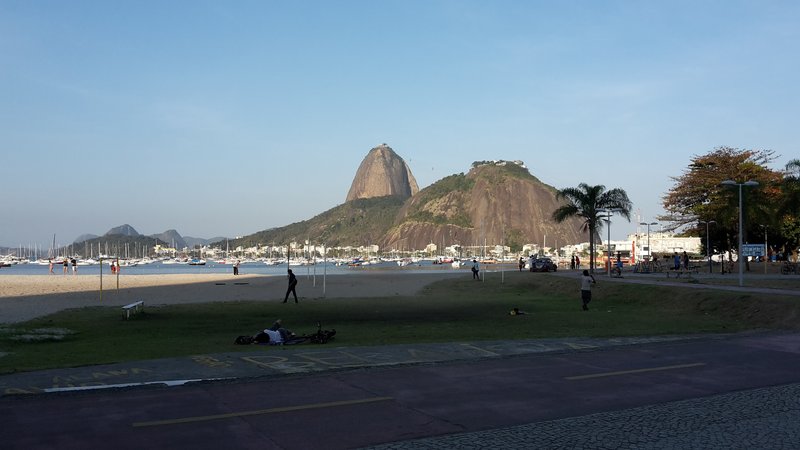 However, they did have a cable car on display like the ones used in Moonraker... and I did spot Drax's airfield... 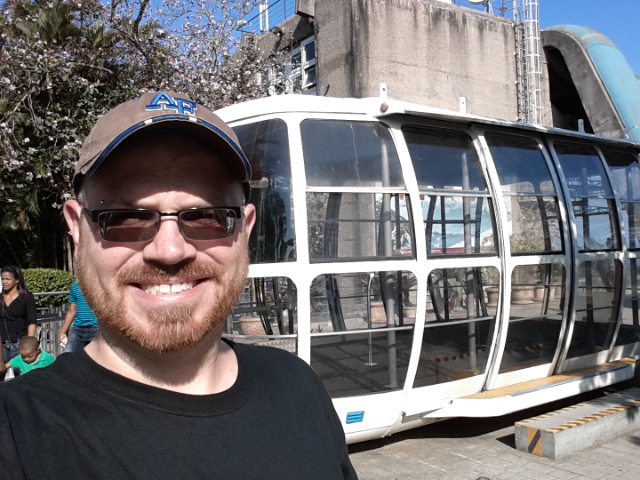 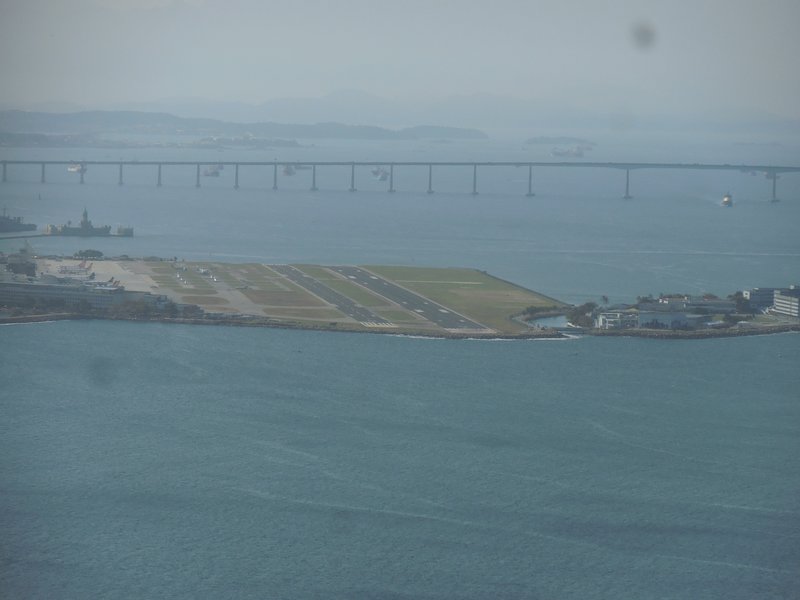 I took the cable car up to the first mountain and was astounded by the view of the city! I could see the gorgeous bay, the beaches, all of the mountains surrounding the city. 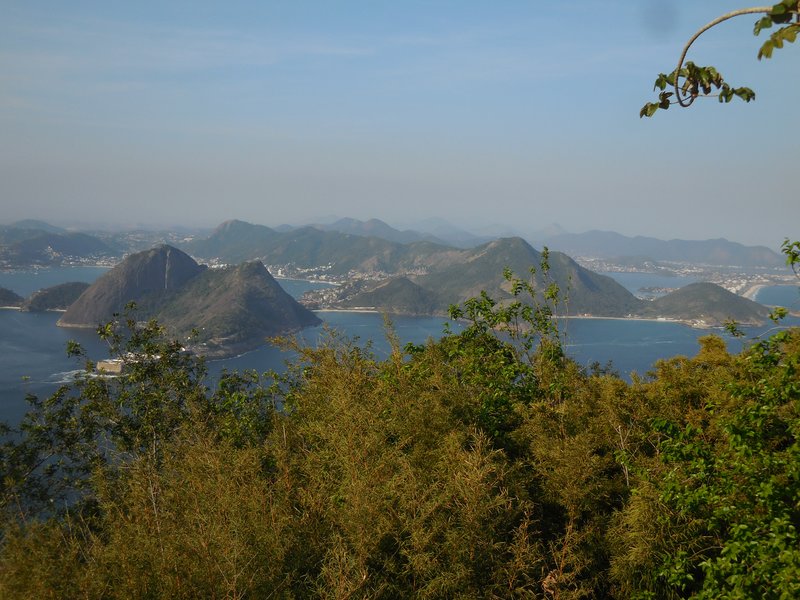 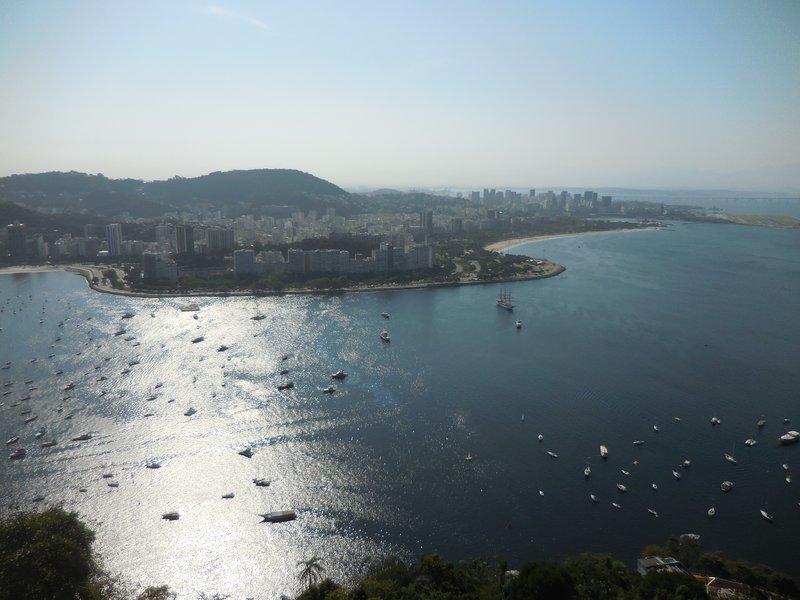 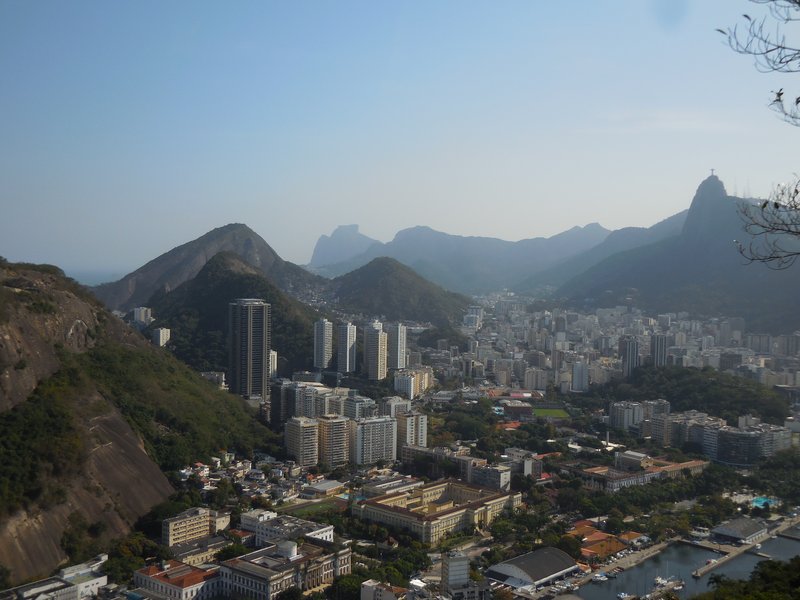 I waited in line to take the cable car to the top of the second mountain; the line was quite long, but well worth it. While waiting for the cable car, a large group of people came down with one person carrying the Olympic torch! It was incredibly timing! 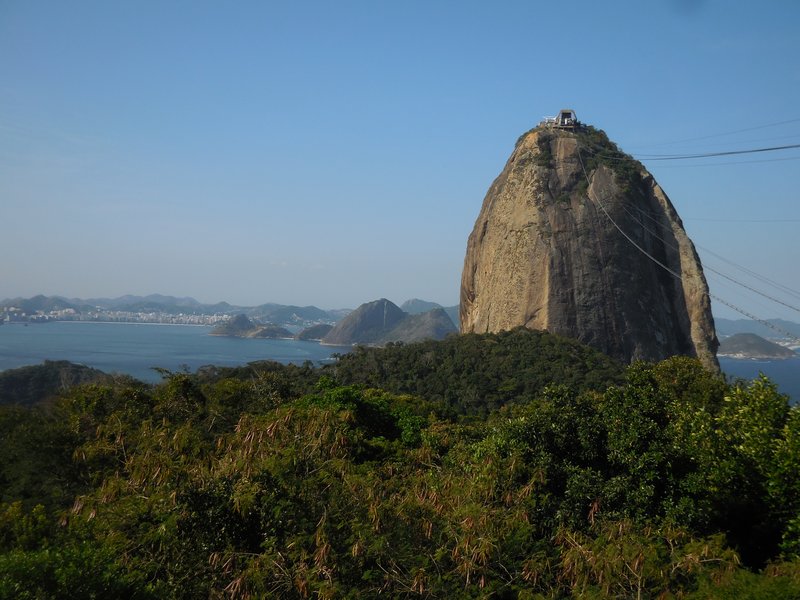 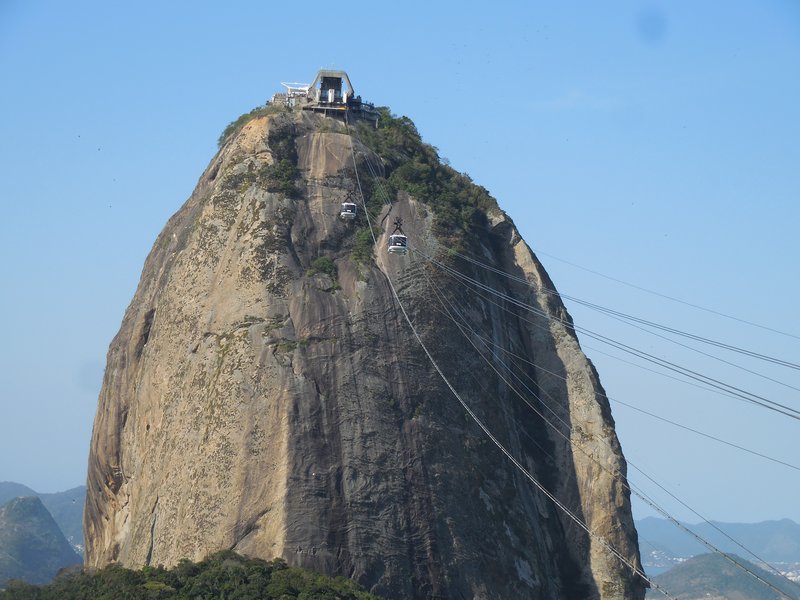 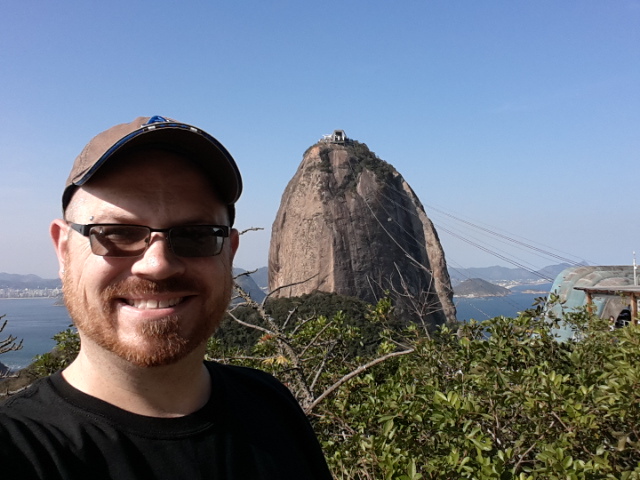 On the way up we saw three people climbing the mountain! It was breathtakingly beautiful from the top; I didn't think that the view could get better than what I'd seen from the first level, but it was! From this height I could see all of Copacabana beach, as well as the entirety of Rio. 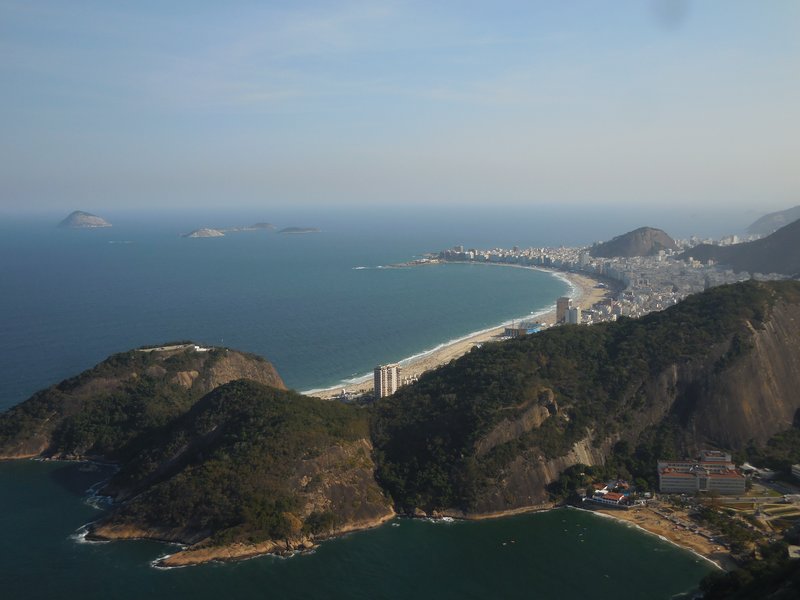 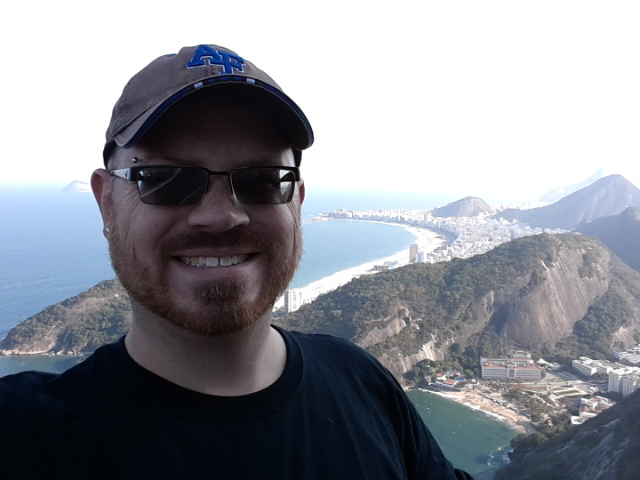 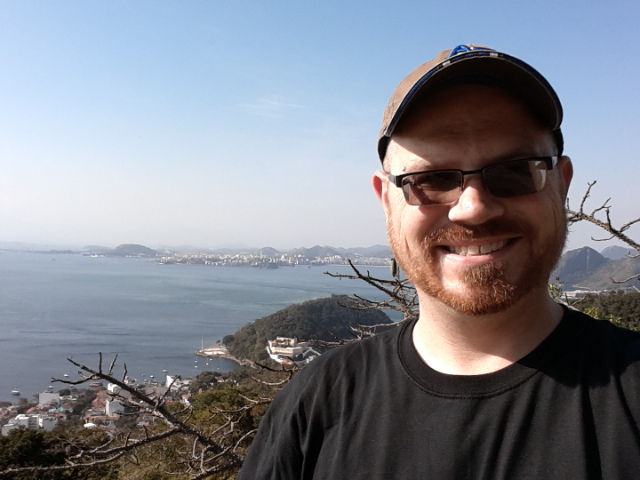 I spent 30-40 minutes walking around, admiring the amazing views before heading back down to rejoin my driver.

The next stop was the Escalera de Selarón, which is a wonderful set of steps that are lined with individual tiles. Many of the tiles have pictures or sayings and are all different. It's a popular tourist stop and there were tons of people there as well. The driver was kind enough to take several photos for me, which I am very thankful for. 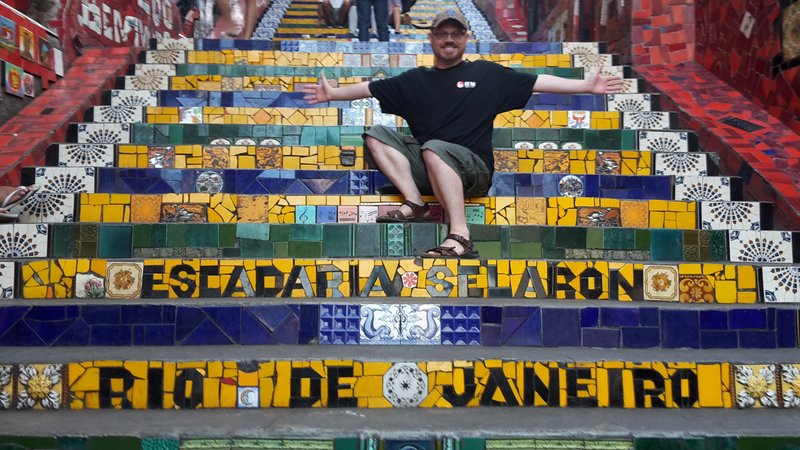 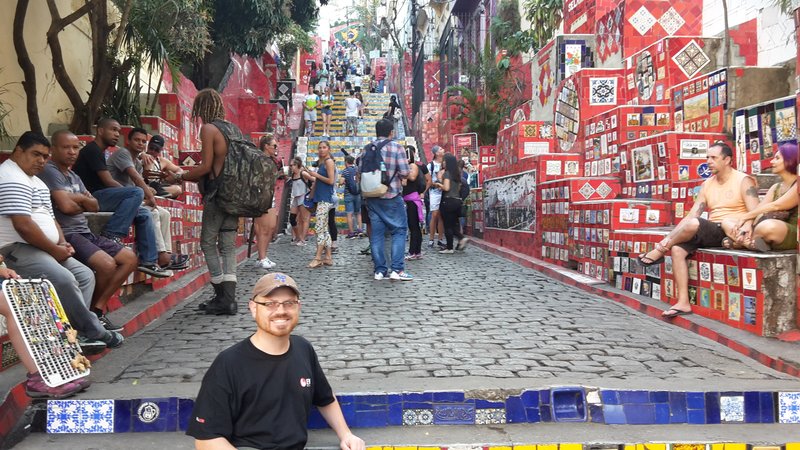 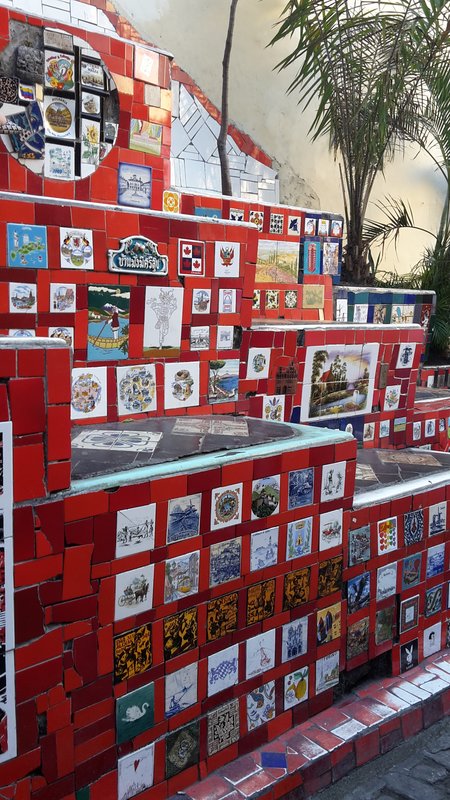 Driving through Rio I was surprised by how run down and dumpy the city truly is; I didn't have very high expectations, but this was below those. It was rather sad actually; everywhere I looked the poverty was blatantly obvious. There were several nice parks that we drove by, but the driver advised not walking through them alone. I was able to see several favelas as well, which were in such bad shape. The police and military were EVERYWHERE: on almost every street corner, around all major tourist attractions and transport hubs.

After a quick stop, we headed off to my lodgings: the Cabanacopa Hostel. I've always been weary of hostels as I prefer more privacy and seclusion, but this one was a pleasant surprise. It is very busy with guests in for the Olympics, but everyone seems friendly and the place has a fun vibe. I'm staying in an 8-bed shared dorm room. So far I've only met one of my roommates, a very nice guy from Tunisia (he even gave me a keychain from Tunisia of a little fez!).

Now I am sitting in the lobby/bar area of the hostel, hoping that the Opening Ceremonies will be shown on the television they have here. 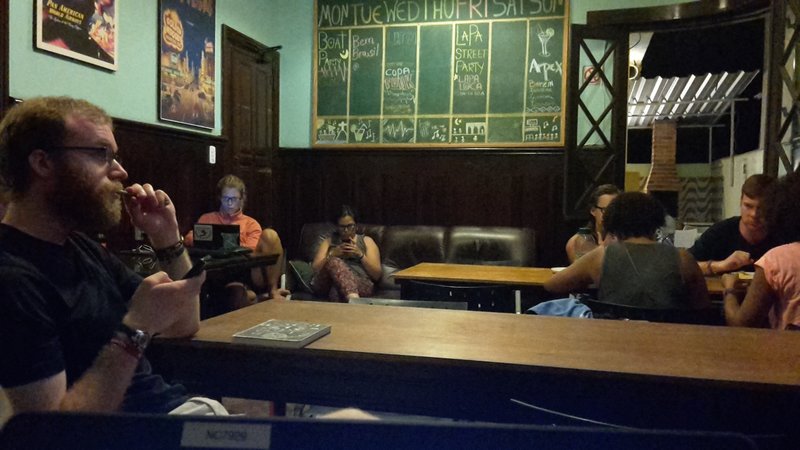 Currently a soccer game is on, but no one seems to be watching it; hopefully they'll change the channel. Several people here are heading into the city to the party/bar/club area known as Lapa, but I do not think that I will be joining them. I've got to be up very early in the morning to make it to my first Olympic event at 9am: Archery!

Posted by Glichez 14:10 Archived in Brazil

Next Table of contents

So interesting! What are favelas? Never thought of Rio being so run down.

Favelas are the slums of Rio. Basically the poorest people living here have built really crappy homes in pockets all around the city. Now the drug lords control them and that's where the crime is the worst.